Union Public Service Commission (UPSC) will announce the National Defence Academy (NDA). The NDA II examination has been conducted on September 09, 2018. The result is expected by November 15, 2018.  The result of NDA 2 2018 will be published for written examination and will have the details on SSB rounds as well.

Candidates can check the estimated cutoffs for UPSC NDA 2 2018 from the image below: 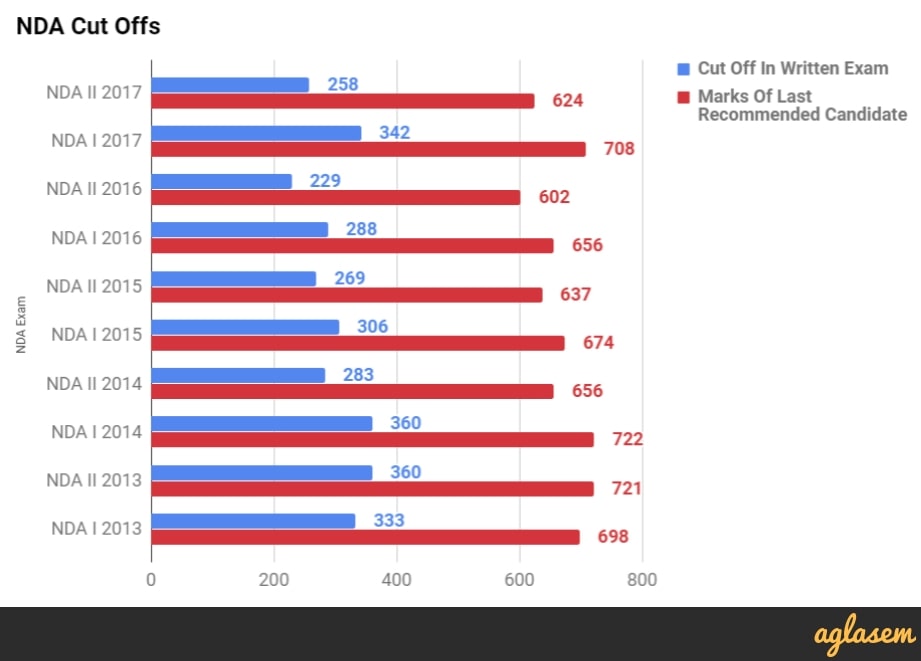 After the written result, the UPSC will release the call letter for the SSB interview round.

The candidates who will be selected after the written exam, candidates have to appear in the SSB test and interview rounds. In stage I of SSB there is the test called PPDT Picture Perception and Description Test and OIR (Officer Intelligence Rating). The stage II of SSB round comprises of Interviewing officer (IO), Group testing officer (GTO), Psychologist test.

During the training period, the candidates will get the monthly fixed stipend. The stipend will be Rs. 15,500 p.m.

UPSC is responsible for conduction of examinations for appointment to the services of the Union, direct recruitment by selection through interviews, appointment of officers on promotion / deputation / absorption, framing and amendment of Recruitment Rules for various services and posts under the Government, handling disciplinary cases relating to different Civil Services and advising the Government on any matter referred to the Commission by the President of India.