As per reports, Samant had organised a meeting with finance minister Ajit Pawar and other ministers and officials. Only after conducting this meeting did Pawar decide on the equal weightage policy. With the aim to streamline the process of CET-based undergraduate admission in Maharashtra, the state has proposed few changes which will come into effect starting 2023. As per reports, UG admission 2023-24 will give equal weightage to Class 12 board exam marks and MHT CET scores. There is also a possibility of the Maharashtra Common Entrance Test (MHT CET) 2023 being held multiple times. Various other changes have been proposed by the state education department. However, this year’s admission process shall remain the same.

The decision on equal weightage has been approved “in principle” by the state government. However, its actual implementation is questionable as Maharashtra comprises of several education boards. The government is yet to decide on bringing parity in Class 12 marks across various boards to create an even playing field.

#1 Currently, students are preoccupied in preparing for MHT CET and other competitive exams while missing their Class 12 lectures.

#2 Only considering MHT CET scores has enabled students to get admission in Engineering exams despite scoring only one mark.

While attempting to overhaul the existing UG admission system, a detailed policy explaining the changes is also being curated. This policy will be made public, in due course of time.

As per reports, Samant had organised a meeting with finance minister Ajit Pawar and other ministers and officials. Only after conducting this meeting did pawar decide on the equal weightage policy.

Among proposed changes, there is also a likelihood of MHT CET 2023 being held multiple times. This may be similar to JEE Main exam which is currently, being held twice. The aim is to provide multiple chances to students and not waste an entire year.

With the existing MHT CET schedule, the new session is not likely to start before October 2022, creating a delay in the academic year. To counter this, state government has proposed on conducting the exam prior in 2023. So that results can be announced on July 01 and the new session will begin from September 01.

As of now, the proposed changes seem ideal in principle. But the exact method of implementation is unclear. Furthermore, Maharashtra government needs to also consider the uniformity of marking scheme in different education boards before officially imposing the equal weightage policy.

KLEEE 2022 Phase 3 Result Declared by KL University – How to check & What next?

AFCAT 2 2022 Application Form Released at afcat.cdac.in; Check How to Apply and Last Date 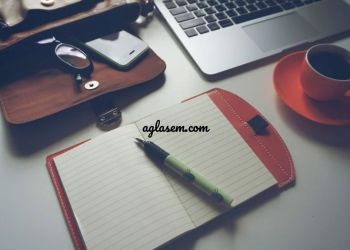 AFCAT 2 2022 Application Form Released at afcat.cdac.in; Check How to Apply and Last Date