The Kolkata Police has already extended the last date for Civic Volunteer recruitment 2019 application form once. Candidates from Kolkata with class 8th pass qualification can apply, and they must submit their forms so that they reach the destination by the deadline. 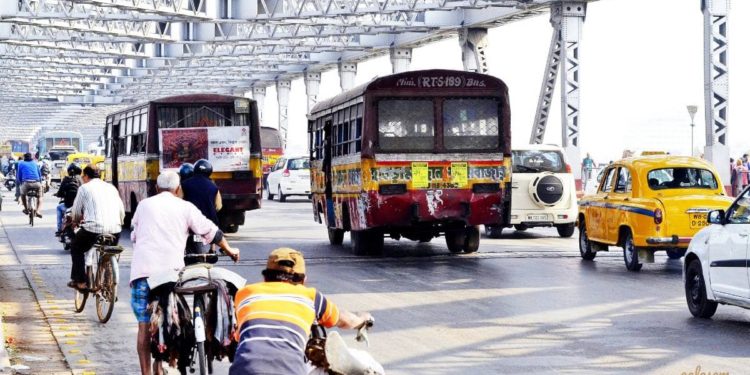 The Kolkata Police is conducting recruitment for 334 vacancies of Civic Volunteers. Whereas the West Bengal government had sanctioned 5000 posts, currently filling up 282 existing vacancies and 52 out of the sanctioned ones. The duly filled application form must reach head of respective selection boards, whose address are mentioned in the notification, by August 16, 2019.

Initially the deadline was August 6, 2019. Due to public demand and on account of the festival of Eid, the last date for receiving applications was extended by ten days. However any further extensions in the deadline are unlikely.

To apply, candidates need to visit kolkatapolice.gov.in and click on the notification titled “Applications are invited for Engagement of Civic Volunteers under different units of Kolkata Police Ref. notice no. FRC/Recruit/04/2019 dated 29th July, 2019”. This notification contains the application form proforma in annexure A. Otherwise, the form can also be collected from selection boards mentioned in the table in the first page of notification. Whether one is using the downloaded form or one collected from the address, after filling the form, it has to be submitted to the given address only.

Kolkata police says, “The application form duly filled in along with the prescribed documents should be submitted personally (not by any other means) in the drop box kept at the concerned offices as mentioned in the table above, for which the applicant is willing to submit his/her application”. Envelope containing the application form should have this text on it that says application for the post of civic volunteer.

Applicants should be between 20 to 60 years old as on January 1, 2019, and they should preferably be residents of areas that come under the jurisdiction of Kolkata Police. Class 8th pass candidates can apply.

Selection for the advertised will be on the basis of interviews. If a selected candidate does not join, then the vacancy that arises as a result of it, will be filled from reserve list of Civic Volunteers. At the time of announcing selection list, unit heads will also draw a reserve list containing 20% of the seats. Candidates from this list can be called within one year from the date of issuance of the employment notice.

The notification shown below is for reference purpose only. To apply, visit official website kolkatapolice.gov.in and download the pdf version of application form.