The DAY 1 of JEE Mains was Conducted today in 489 centres across the country by following the SOPs and social-distancing norms issued by the NTA. 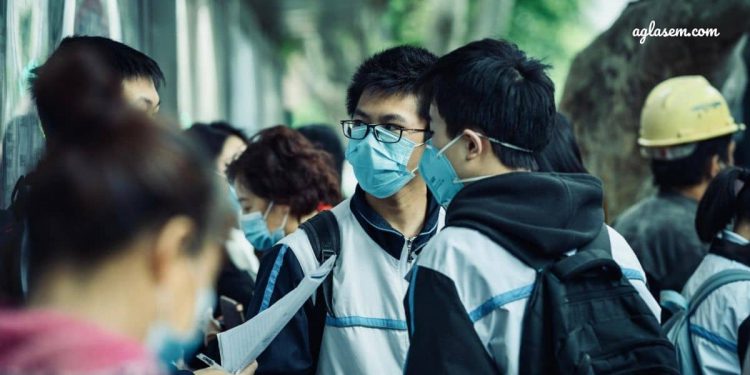 The Joint Entrance Test (JEE) Main 2020 Day 1 was conducted on Tuesday, September 1, 2020 by the National Testing Agency (NTA) across the country. The exam was conducted in 489 centres for Bachelor of Architecture (B. Arch) and Bachelor of Planning (B. Planning) aspirants. It was mandatory for all centres and candidates to follow the Standard Operating Procedures (SOPs) issued by the conducting body. Visuals from various centres across the country have appeared online showing the situation in exam halls and how SOP’s are being followed.

According to the SOPs issued by the NTA, masks, gloves and sanitizers had to be provided at the centre. Thermal screening of every candidate was to be done at the entry point of all centres. If we go by the reports then around 13 crore rupees (additional cost), was spent to arrange all the facilities that are required to conduct the exam safely. It is stated that the 3300 cleaning staff and spray bottles were present at the exam centre. Not just that 6600 litres of disinfectants and sanitiser was used, 6600 sponges, 10 lakh pair of gloves and 10 lakh masks were arranged. 1300 infrared thermometer guns were used to check the temperature.

In Uttar Pradesh (UP) number of candidates appearing for the examination is the second highest in the nation. Candidates in the state who appeared for the examination today found the mathematics section to be slightly tricky. Utkarsh Sahu from Rae Bareli commented, “The paper went well but few of the mathematics questions were tricky. Though he also raised concern over the inadequate arrangements of the transportation facility for the students” The national level entrance test will be conducted in the state in 66 centres in two shifts on each day.

Puneet Kaushal, residing in Revari, Haryana had opted for Delhi as his centre and appeared for the examination on day 1. He was initally apprehensive about the safety measures being followed at the exam centre. According to him, all social-distancing norms were executed properly. They were asked to dispose-off their face masks and wear new masks which were given to them. Guards were monitoring the situation at both entry and exit points.

Amid COVID19 pandemic, students are under enormous pressure before the examination. Vipul Kumar from Bhopal, Madhya Pradesh said, “I was under tremendous pressure before the exam. I was worried that the SOPs would not be in place at the centre. But my tension was put to rest when I saw that all safety measures were undertaken by the centre. The paper was easy which further eased my tension.”

Last week, as the students were demanding for postponement, there were rumours about the JEE Main examination being cancelled/postponed. However, all such rumours were put to rest by NTA on their official twitter handle declaring that no such decision has been made.

As the centres prepared themselves, a major announcement came half-an-hour before the exam began. The Nagpur Bench of the High Court announced that students living in flood-affected areas in Vidarbha can file an application to the NTA for re-examination. This is applicable to students who couldn’t appear for the examination due to dire flood-like conditions.

Day 1 JEE Main exam was conducted for aspirants of B. Arch and B. Planning. However, from tomorrow onwards i.e. September 2, 2020, the entrance is going to be conducted for Bachelor of Technology (B. Tech) aspirants. This exam is going to be held at 605 centres across the country and a vast majority of students will appear for the same.