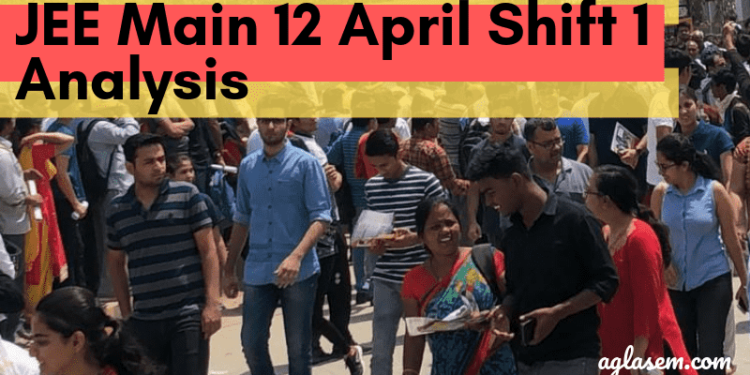 JEE Main 2019 Shift 1 exam ends that was scheduled for April 12, 2019. After the exam as per the initial student analysis, it came up that the overall difficulty level of the exam was moderate. The shift 2 exam will begin at 2:30 PM and end at 5:30 PM. In the overall paper, the weightage of class 12 questions were more. From the January session, no questions were repeated in the April attempt.

There were questions from current electricity and magnetic effect. In physics, maximum questions were from class 11 and there were many questions thermodynamics and mechanics, that were comparatively much difficult.

The candidates can get an idea of their raw scores using the answer keys. However, note that in the result that will be declared by NTA. the percentile scores of the candidates will be made available for all the 3 sections separately and the overall percentile score of the exam.

NTA is going to prepare the AIR that will be based on the candidate’s percentile scores and not the raw scores. However, the experts have analyzed the cutoffs based on the raw marks of the candidates and as per their analysis, this time the cutoff might shoot up. The expected range of the cutoff for the general category is 80 – 85 marks.