Today i.e. March 12, 2019, Indian Navy has declared the Result of Artificer Apprentice (AA) and Senior Secondary Recruits (SSR) August batch 2019. The Indian Navy AA Result 2019 and SSR result has been declared at the official website i.e. joinindiannavy.gov.in. For checking the result candidates have to mention email address and password on the login page. The result of the combined online examination of AA and SSR has been declared which was conducted from February 26 to 28, 2019. 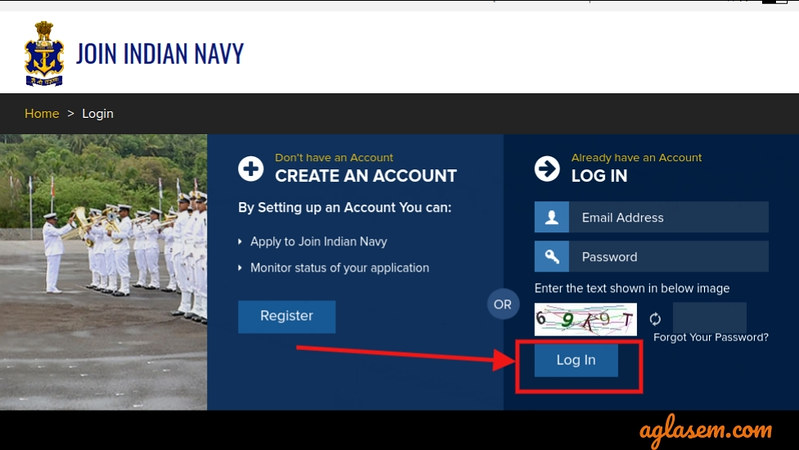 Indian Navy SSR Result 2019 and AA result is purely based on the performance of the candidates. Among the qualified candidates, 1500 and 10,000 candidates will be selected for the AA and SSR Physical Fitness Test respectively. Till now the only result of the online examination has been disclosed but later the Indian Navy will release the state-wise merit list. The candidates whose name and roll will be their in the merit list those will be called for the PFT.

PFT will consist of 1.6 Km run (to be completed in 7 minutes), 20 squat ups (Uthak Baithak) and 10 Push-ups. On the day of the PFT physical and medical standard of the candidates will be also tested. For fulfilling the physical standard candidates height should be of 157 cms and Minimum chest expansion of 5 cms. Medical examination will be conducted by authorized military doctors. As of now, the Indian Navy has not disclosed the AA and SSR PFT date.

For the qualifier of the online examination of Artificer Apprentice, Indian Navy AA Admit Card 2019 for PFT and the candidates who have qualified Senior Secondary Recruits for those Indian Navy SSR Admit Card 2019 for PFT will be issued. For all the candidates it will be mandatory to carry a hard of the admit card and one valid photo id proof (adhaar card, pan card, voter id card, passport etc) on the day of the examination.

The admit card for SSR and AA will be made available at the official website. After the successful conduction of the PFT separate final merit list of AA and SSR will be released.