Download CS Executive December 2019 admit card, and CS Professional 2019 admit card. With a printout of that, you should take identity card issued by the institute as well. 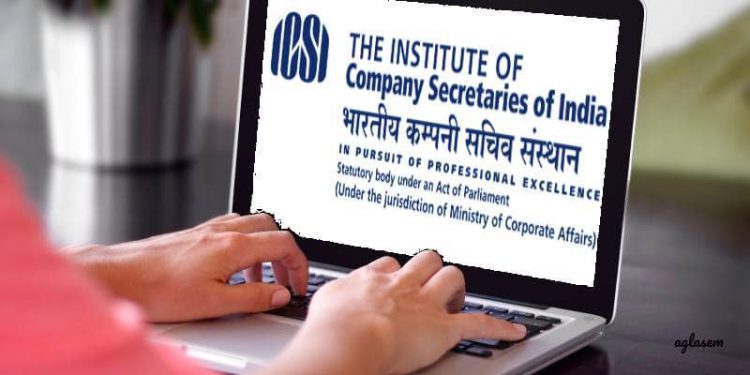 The Institute of Company Secretaries of India (ICSI) has released the Company Secretaries (CS) examination December 2019 admit card. Right now the CS Executive and CS Professional admit cards have been released. Candidates can go through the exam related instructions and get download admit card link from icsi.edu.

To download admit card, CS students can either directly go to icsi.indiaeducation.net and login with their 17 digit registration number. Or they can first go to icsi.edu, navigate to students >> student announcements, and then click the link “e-admit card – executive and professional programme examination – December 2019”; which ultimately leads to the same page.

An important thing to note is that besides taking a printout of the ICSI CS admit card released today, candidates also need to have the valid identity card issued in their individual accounts at smash.icsi.in.

Basically smash.icsi.in is the student postal for ICSI CS students. Here, they can login with their user name and password. The identity card issued through this portal is mandatory for the exam day. However this document has to be first attested by authorized officials of the institute.

Though the identity card and ICSI admit card are critical, the institute has given some leeway in this matter. The institute has said that if a candidate does not carry identity card for some reason, technical or practical, then he or she can bring another photo identity card issued by the government departments such as passport, DL, pan card, aadhaar card, voter card.

In the event that ICSI admit card does not have a photograph, then candidate needs to affix photograph and get it attested by gazetted officer or member of ICSI, and bring student identity card.

Whereas the CS Executive and Professional examination of December 2019 admit cards have been released by ICSI today, that for CS Foundation exam is expected by end of this week. The link to download it will be same as that for the hall tickets that were released today.