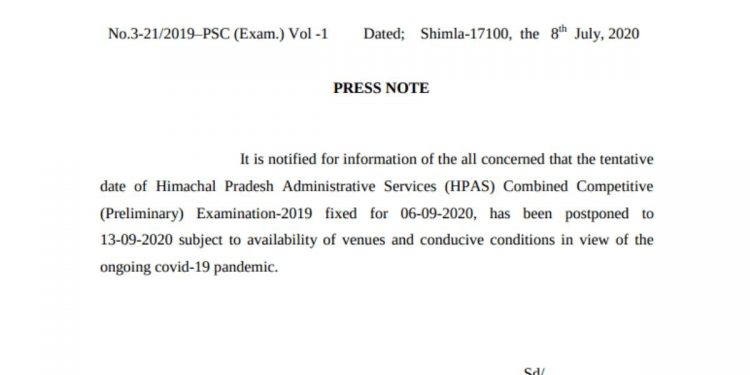 In a recent press note issued by the Himachal Pradesh Public Service Commission, it has been notified that the Combined Competitive Prelims exam of HPAS 2019 will be held on September 13, 2020, instead of September 06, 2020. Earlier, the Commission issued fresh dates of conducting the Himachal Pradesh Administrative Services 2019 Prelims, after deferring it for the first time this year, in April 2020. Accordingly, it was announced that the HPAS 2019 Prelims are scheduled to be held on September 06, 2020. However, with the latest press note released on July 08, 2020, at the official website of HPPSC, it has been indicated that the exam has been postponed yet again and shifted to September 13, 2020. Applicants can check the official notice at the website of the Commission i.e. hppsc.hp.gov.in.

The selection for recruitment into the Himachal Pradesh Administrative Services is conducted by the Commission every year. This year the official recruitment notice and detailed information brochure of HPAS 2019 was published by the Commission early in February and the candidate registration process was also conducted till 10 February 2020. At that time, it was announced that the Prelims of the HPAS 2020 exam was going to be conducted as a Combined Competitive exam on April 26, 2020. However, due to the widespread outbreak of the novel coronavirus affecting the country, the exam was officially deferred. It is only recently, that the HPPSC announced fresh dates of various upcoming exams including the rescheduled date of conducting the Prelims of HPAS 2019 on September 06, 2020. However, with the new notice issued today, the exam has been deferred to September 13, 2020. As per the notice, the decision to shift the exam has been made in the light of the availability of exam venues and feasible conditions to conduct the exam.

The deferment of the aforementioned exam date does not however impact the previously notified terms and conditions or scheme of the exam. The application process has been already concluded in the month of February 2020 and before the Prelims are held, candidates are expecting the release of the admit cards. The Commission is going to release the admit card approximately three weeks before the exam date on the official website as stated before. With the admit card in their possession, eligible applicants can appear in the Combined Competitive Preliminary exam on the aforementioned date. The date, time, and allocated exam center is also indicated in the admit cards.

There are two parts to the question paper. Paper 1 is based on General Studies and Paper 2 is based on Aptitude Test. The question papers of the Prelims consist of Multiple Choice Questions only and candidates are allowed duration of 02 hours to complete each paper. Each paper consists of 100 questions and a total of 200 marks per paper. The Commission earlier notified the detailed scheme and syllabus of the exam through the official advertisement, which can be downloaded from the website of the HPPSC as specified here. 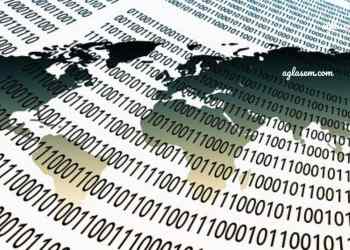