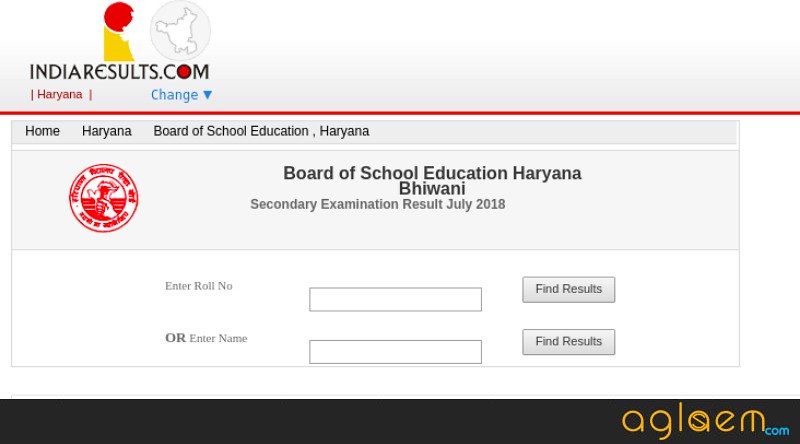 On July, 30 Haryana Board has come up with the result of the compartment for class 10th and class 12th students.

For class 10th, the boys of Haryana state has passed the examinations with flying colors by scoring total 48.44 percentage. On the other hand, the girls of the state scored total 45.96 percentage. 47.40 is the total overall passing percentage. This year, out of the total 20,562 students there were around 8,198 students who have appeared for the compartment exams held in July 2018. By the end of July, i.e on July 30, 2018, Haryana board has released the result of compartment examinations.

HBSE class 10th and class 12th main examinations conducted in the month of March. After the declaration of the result of the main examination, the board has come up with the compartment examinations and now the revaluation process for the answer sheets has also started which will continue by August 18, 2018.

If you have any query regarding this then let us know through your comments in the box provided below.