State Examination Board, Gujarat, has announced Gujarat TAT Result 2019 today. Candidates can check TAT Secondary Exam Result in online mode. Along with result, a result notification has also been published with details of exam statistics.

At login page that is tatresult.sebgujarat.com/result_tats.aspx, candidates have to enter confirmation number and date of birth. Then search button has to be clicked. This leads to display of result. Candidates may note that if they are unable to view result, then they can reverse DOB format as mm/dd/yyyy and then try.

A break up of the number of candidates who applied in each subject, were present on day of exam, were absent, and finally qualified is as follows. As can be seen, 65876 qualified out of 120862. 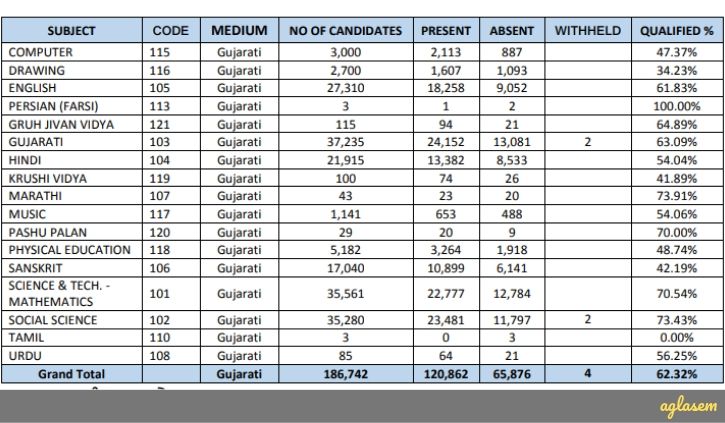 Gujarat SEB had previously released TAT Secondary official answer key on February 1, 2019. Even before that, question papers were published on January 27, 2019. Admit card was published a fortnight before exam on January 10, 2019.

This exam was initially held on July 29, 2018. However it was cancelled via a notification on December 15, 2018, due to paper leak. Thereafter its new exam date as last Sunday in January 2019 was announced.

This time SEB conducted TAT for Secondary teaching aspirants. Prior to this it had conducted TAT Higher Secondary for which results were published on December 4, 2018. In that exam, 80027 candidates had appeared in Gujarati medium papers, 901 took the tests in English, and 336 took the test in Hindi.

NTA To Hold DU Entrance Exam 2019; Admission Begins From 20 May

NTA To Hold DU Entrance Exam 2019; Admission Begins From 20 May