The distribution of marksheets and certificates will be done from district centres for students who appeared for SSC supplementary exam 2020. The result is not available for check online at gseb.org. 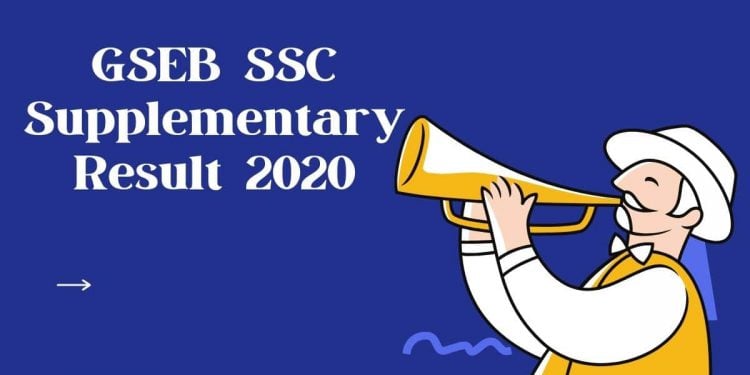 Gujarat Secondary and Higher Secondary Education Board (GSHSEB) declares release SSC supplementary result 2020 on September 18, 2020. The board conducted class 10th supply exam 2020 from August 25-28, 2020. As per the media reports, the board will not declare the result online at gseb.org.

Students who have appeared in the supplementary can collect their mark sheets from the district centre. The board has released the press note for SSC Purak Pariksha result 2020. As per the press note released, a total of 1,08,869 students appeared for the exam, out of which, 8890 students have passed the examination. The pass percentage stood at 08.17 for the supply exam.

The marksheets and certificates for the students who appeared for March examination will be distributed by their respective schools from September 21 onwards. Hence, it is advised to the students to contact their school authority first and then report at their school to collect the necessary documents.

To qualify in a subject, a student will need to obtain a minimum of grade ‘D’ to be eligible for admission in higher secondary certificate. Candidates who have obtained grade ‘E1’ or ‘E2’ in the subjects of external examination shall have to improve their performance through subsequent attempts and qualify.

In GSEB SSC June 2020 result, a total of 60.64 per cent students cleared the exam successfully, however nearly 40 per cent flunked in the SSC exam. In the SSC supplementary exam conducted in August, about 1,32,032 students registered.