Home » FCI Result 2019: Phase I Result Likely Today at recruitmentfci.in; Phase II Meant To Be Over By July 2nd Week

FCI Result 2019: Phase I Result Likely Today at recruitmentfci.in; Phase II Meant To Be Over By July 2nd Week 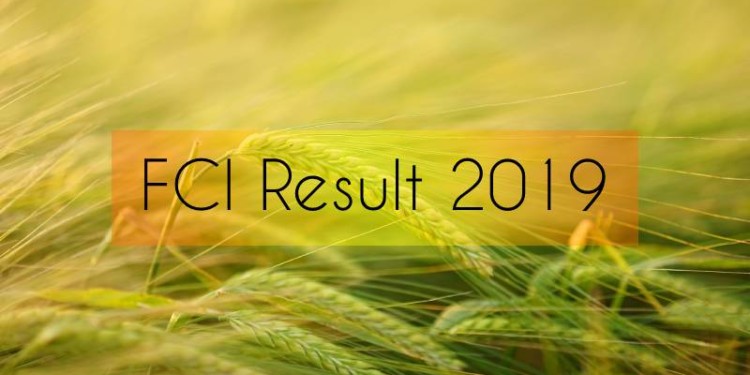 FCI Result 2019 is expected to be declared today. Continuous changes at recruitmentfci.in have been observed in the past 24 hours. Login framework has been removed from the North Zone link which candidates found yesterday, and instead, that page now reads coming soon. Call letter download link has also been deactivated from the website.

North zone page had a link for result of FCI 2019 yesterday (recruitmentfci.in/recruitment_result.php?zone=bEtFRXM3VXZYdk1tRVFnZE5jZnNjZz09) which led to a login page for result. Today, coming soon message has been displayed on it.

Until yesterday, there were links for phase I call letter download on the website. They have been removed today, although text for them remain.

Although only North zone link is /was visible, result will be announced by all zones namely North, East, West, South, North-East, together.

In a press release last month, Shri Ram Vilas Paswan, had said that while FCI recruitment 2019 phase I has concluded on June 3, phase II will be completed by second week of July. The Union Minister of Consumer Affairs, Food and Public Distribution further stated that recruitment for 77 vacancies in category I, and 367 vacancies in category II will also begin in July.

However, second week of July has already started. Since FCI result 2019 phase I is still awaited, and even if it comes today, chances of phase II concluding by end of this week are quite slim. Nevertheless, the exam may happen next week. Once result of phase I is out, admit card for FCI 2019 phase II will be released for qualified candidates.

Candidates had been waiting for phase I result ever since exam concluded on June 3. It is known that result, as and when released, will be available zone wise at recruitmentfci.in that is the official website. On Saturday candidates came across three important things on this website.

First of all, the source code of the website contained one new line “To Check result of Phase-I click on the Zones given below.”.

And third, a link, seemingly for North zone result was found on the site as recruitmentfci.in/recruitment_result.php?zone=bEtFRXM3VXZYdk1tRVFnZE5jZnNjZz09.

Word on discovery of these changes spread wide and fast. This resulted in all the candidates who had appeared in the examination to continuously check the website. The above mentioned link of result had been opening a login page until late last night, thus, several candidates also tried to login and check result but met with “invalid credentials” message. Today, the login page has been removed.

There are high chances that FCI will announce result today. However, in the end, final decision rests with the Corporation. In an exam of this scale, several factors have to be considered before announcing result. It is in the best interests of aspirants for result to come a little late, but error free.

Food Corporation of India is a government organization. Established in 1965, this PSU is among the largest supply chain management bodies in Asia. FCI purchases food grains from farmers at MSP set by the government.