Home » Competitive Exams » Bihar Police Constable Recruitment Has Been Cancelled By The CSBC; Reason not revealed 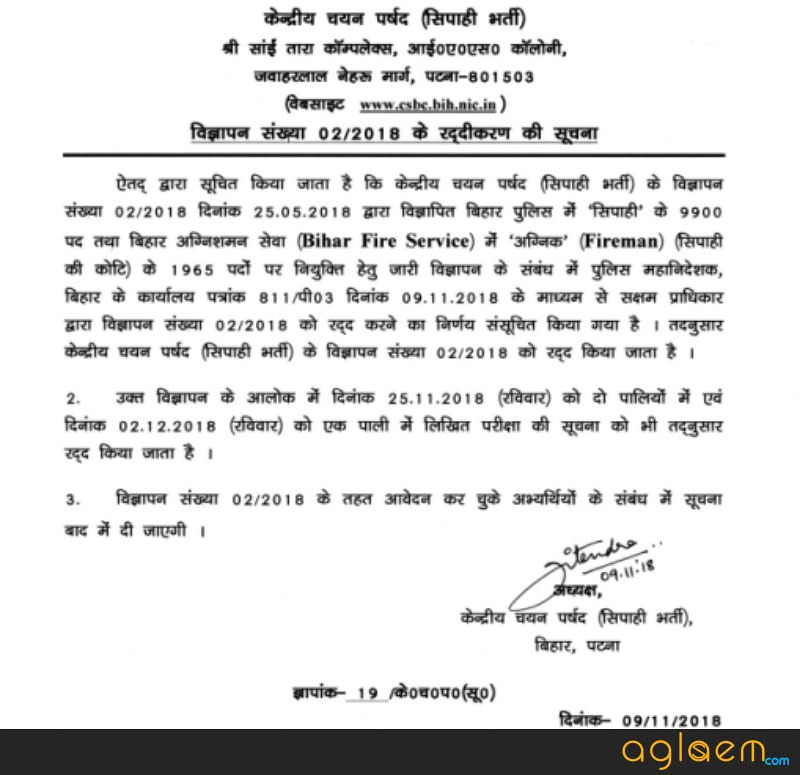 The recruitment has been planned to be done on the basis on the three examinations i.e. combined competitive Test, physical efficiency test, and medical examination and the board has decided to pay the basic pay band of Rs. 5500-20200 and addition Grade pay of Rs. 2000/- to the recruited candidates.

About CSBC – Central Selection Board of Constable (CSBC) is the organization under Bihar government. CSBC is the board which recruits for the state of Bihar for police force constables. Governor of Bihar has created the Central Selection Board of Constable in 2008. The boards conduct various examination for recruiting the candidates for the various post. The board releases the recruitment notification at its official website i.e. csbc.bih.nic.in.