Around 11 lakh candidates take JEE Main examination each year. The Central Board of Secondary Education (CBSE) has been conducting the examination until now, but since November 10, 2017, there have been talks and speculations about expected changes in JEE Main and NEET. So what happened on November 10, 2017? — An official notification was released about the formation of National Testing Agency (NTA). The series of changes that took place since then has been analysed by us.

November 10, 2017: The press information bureau which publishes all government issued notices, released a notification regarding “NTA approved by the Union Cabinet”.

Since then no other official notification has been released. Thus, there is no confirmation regarding changes in exam pattern, syllabus, or the number of attempts.

Since then no other major addition or amendments from NTA has yet been released. It is yet unclear that whether or not a National Testing Agency has been set up. The notice dating back to 2017, only clears the approval for forming the body.

June 11, 2018: A reputed regional newspaper reported that JEE Main and NEET are to be conducted in December 2018.

Again, no official indication, release or report regarding this has been made available. As per the reports, IIT Kanpur Director, Professor Abhay Karandikar, has made a statement regarding the same. But if NTA is to conduct the examination in December 2018, then where are the officials? Where are the notices regarding any changes? Thus, we firmly believe NTA will not conduct JEE Main and NEET in December 2018.

If no official notice is yet out regarding the formation of NTA, then why there is a lot of speculation and wave of unrest among everyone? Well, as for the students, they are worried about the changes in exam pattern and syllabus as it will affect their preparations. Most of the concerns are regarding the number of attempts, syllabus and exam pattern changes. But, according to us, these are the major changes which will take almost a year or so to be implemented and since there is no notification regarding the formation of NTA, we don’t think these changes are possible in as soon as in December 2018.

You can read: 5 reasons why NTA will not conduct JEE Main and NEET in December 2018?

Now, let us see what changes students are worried about in JEE Main, and how they can work towards these changes. Although these are not expected by us in December 2018, we believe they may come into force in 2019.

Well, the only official notice that dates back to November 10, 2017, clear that whenever NTA will start conducting the examinations, it will be in online mode. Thus, we are expecting changes in the way questions were formed and presented till date. Thus candidates must be prepared to face the online interface. Candidates must make sure that they are friendly and quick with handling the keyboard and mouse. They can start by taking online mock tests. This will make them familiar with online test interface.

The online mode of examination will eradicate the chances of printing errors and chances of question paper leak.

JEE main will be Twice a year  – Changes In Number of Attempts?

Until now candidates can participate in JEE Main thrice consecutively, means candidates were given 3 chances to clear JEE Main. But now that NTA will conduct JEE Main twice a year, what about the 3 chances? Well, there is again no official explanation about this. But we guess, the candidates who gave JEE Main for the first time in 2018, will be able to take part in JEE Main 2019 (both times), or else this will be an unfair move. For this, we recommend staying prepared by focussing on preparation solely. Candidates need not worry about the number of attempts as NTA or CBSE might not go for any unfair moves by changing the number of attempts in 2019.

The twice a year model would help students to pace their studies and most importantly give them an additional opportunity to appear without wasting their year. Also, candidates can skip exams in April and May if it collides with boards.

Well, many are worried that with the change in Conducting body, there will be changes in the syllabus. But, the changes as per our analysis will not be major. This is because JEE Main is an engineering entrance exam. The syllabus will thus remain same as all engineering entrance exam obviously. To judge the candidates on the basis of their technical and conceptual knowledge is the aim of JEE Main. The syllabus which is prescribed by CBSE and other state board is more or less similar and JEE Main syllabus will thus remain similar. How one should be prepared regarding this is by completing the entire syllabus with ample amount of time for any extra addition, if made by the conducting body.

Many candidates are also sceptical about this. They have been asking whether or not the qualifying percentage needed to appear in JEE Main change? Again, there is no official notice regarding the same as of now. Thus, nothing can be said. Therefore, candidates are advised to focus on preparation to score well in their board exam. Do not ignore the school exam preparations at any cost.

Summarising it all: We emphasise on this point that there is no official notice so far except the one on November 10, 2017. That notice only indicates 2 changes: JEE Main will be in online mode and twice a year. That is all. Thus, above changes are the anticipated ones, that we have analysed as per the queries we have received from the students. 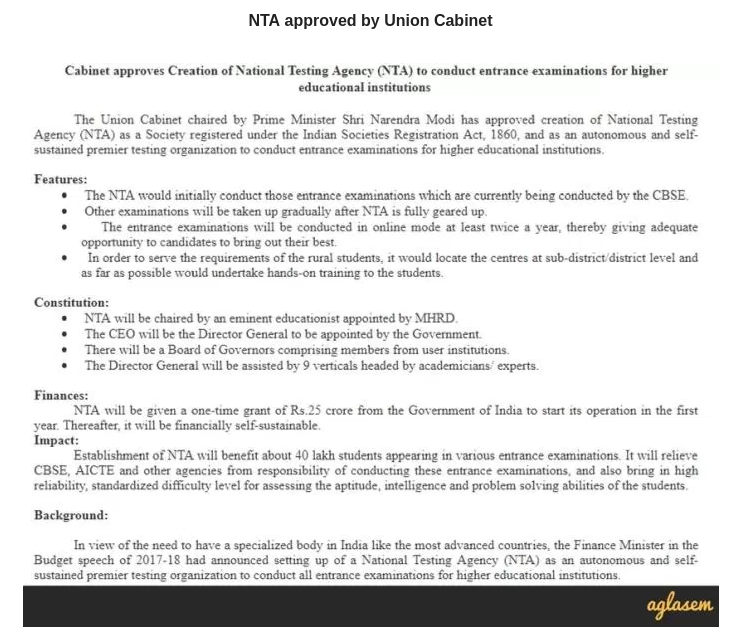 Stay prepared for any changes, but focus only on preparations right now. All the best!