BARC Announces OCES DGFS 2019 Result at barconlineexam.in; Interview From 20 May 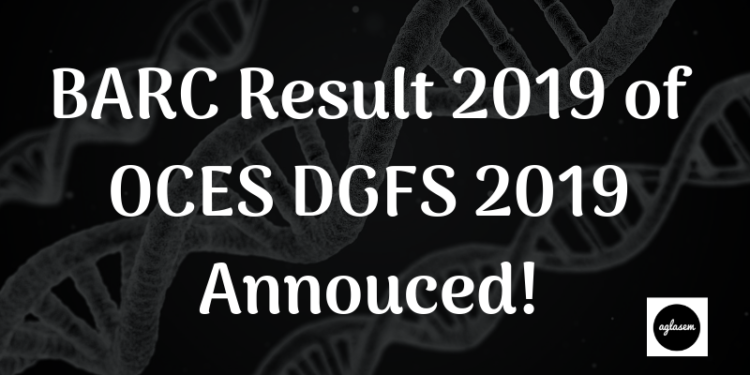 The Bhabha Atomic Research Center (BARC) has announced the result of the online examination on April 16, 2019 at barconlineexam.in. The Online examination was held from March 09 to 13, 2019 as a screening test for interview. The result is available in the form of pdf, containing the name and roll number of qualified candidates.

The result is based on the screening test and the GATE score of candidates. However, for such candidates who opted their assessment through GATE Score / Screening test / both Test and GATE score, for those the BARC released the result as per their choice. This choice was not given to the discipline of Nuclear Engineering, their selection for the interview will be done, as per their performance in the online examination.

The BARC will conduct the interview in Mumbai and Hyderabad. The candidates belonging to other cities will be provided the two-way rail ticket of normal AC – III Tier for the shortest route.

After the completion of the training, there will be a test, which the candidates have to pass a test, then the candidates will be selected on the post of Selection Officer. Then the pay scale of the will be in the Level 10 – ₹ 56,100 as per the 7th CPC.