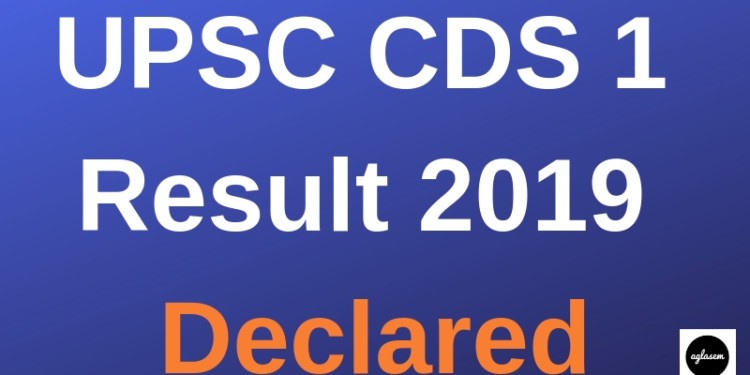 After checking the result candidates should download it and take the print out of it for future reference. The result is purely based on the performance of the candidate’s in the written test. The result pdf consists of the roll number of qualified candidates.

The qualifiers of the CDS 1 2019 written examination will be then eligible to appear for the next round of the test i.e. intelligence and personality test. The candidates who will be shortlisted for appearing in the SSB those have to first register for SSB within the provided time frame.

The candidates who will register for SSB on time for those only CDS 1 Admit Card 2019 will be issued. The admit card will be released on the official website. The CDS 1 2018 scores of non-recommended candidates was declared on April 01, 2019.

The intelligence and personality test will be consist of two stages (1st stage and 2nd stage). The first stage of the test will include officer Intelligence Rating tests are Picture perception and description test. The second stage of the test will be consist of Interview, Group Testing Officer Tasks, Psychology Tests and the Conference. The 2nd state test duration will be of 4 days. The candidates who will qualify the stage 1 those will be called for the 2nd stage test. The candidates appearing for the stage 2 test those have to carry original certificates namely; DOB certificate, Educational qualification certificates NCC (C) (Army Wing/Senior Division Air Wing/Naval Wing) etc. The candidates applied for Navy those have to upload the documents on that profile.

JEE Main 9 April 2019 Answer Key And Questions By Resonance Out; Shift 1, 2 On Moderate In Difficulty Level