Home » TNUSRB PC Exam Result Date 2019 likely to be in this month; Results to announce at tnusrbonline.org

TNUSRB PC Exam Result Date 2019 likely to be in this month; Results to announce at tnusrbonline.org

Know why TNUSRB PC Results 2019 are expected this month. 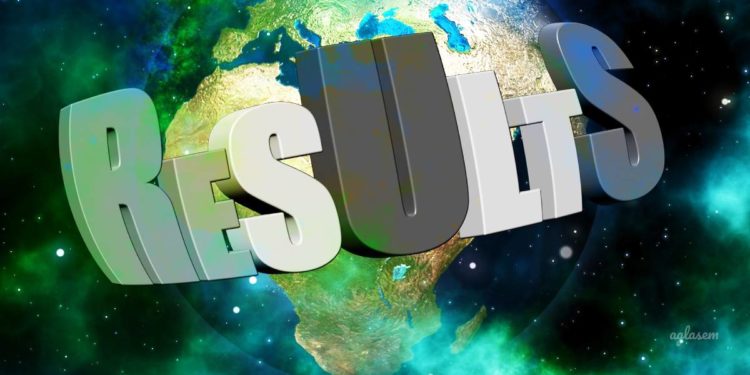 Tamil Nadu Uniformed Services Recruitment Board (TNUSRB) successfully conducted the Police Constable exam last Sunday. Within two days, the board released the official answer key. And yesterday, the window for accepting objections on the answer key closed. Now around 71,915 candidates, which is the reported number of test takers, are waiting for the result and enquiring about the PC exam result date 2019.

While the board has not revealed any firm date for the declaration of result, it is expected that PC result will be declared very soon, this month only. This is because of two things. One is the observation of result declaration timeline of earlier TNUSRB recruitments, and the other is the fact that answer key was published within a record time this year.

Last year TNUSRB had conducted a written exam for Gr.II Police Constable, Gr.II Jail Warder, and Fireman on March 11. After that it had released the answer key on March 22, and announced results on April 14. Whereas the gap between exam date and result date was thirty four days, that between answer key issuance and result date was only twenty three days.

Even if TNUSRB takes the same number of days from exam to result, then PC exam results should be announced by September 28. However if we look at the days difference between answer key release and results, then this time result should be announced by September 19. Moreover if we consider that TNUSRB will exhibit as much quickness in declaring results as it did in publishing answer keys, then the result may come even sooner!

Thus, looking at last year’s timeline, it is expected that TNUSRB PC Result Date 2019 will be between September 19 to 28. However final decision on the date will be as per the board.

That being said, the process of finalizing answer keys and evaluation of results is a time taking process. This is because there is left no margin of error in critical processes such as this, that ultimately decide the fate of thousands of government job aspirants, and are delicate also because this decides who will shape the police force in the state. Nevertheless, the board is expected to declare PC exam result without much delay.

The result will be announced at tnusrbonline.org. It is anticipated that first a selection list will be published. And then all candidates will be given a login link to check their individual results as well.

Candidates will be called for PET/PST in the ratio 1:5 on the basis of TNUSRB PC results 2019. Height and chest measurements will be taken for the physical standards test. Wherein, male candidates belonging to general, BC, BC M, MBC, DNC category should be at least 170 cm tall, and SC, SC A, ST candidates should be 167 cms tall. Respective category heights for female candidates are 159 cms, and 157 cms. Chest for male candidates is required to be 81 cms unexpanded, and with minimum 5 cms expansion.

In the physical endurance test, candidates, men, will have to complete race of 1500 metres in 7 minutes, and women have to race 400 metres in 2 minutes and 30 seconds. Thereafter physical efficiency test will comprise of rope climbing, long jump or high jump, running.

TNUSRB Police Constable Recruitment 2019 is for 8,826 vacancies. There are 8,427 vacancies for police constables, 208 for jail warder, and 191 for firemen. Class 10th pass government job seekers with required skill set were invited to apply in March earlier this year. The TNUSRB Sub Inspector Recruitment 2019 is also going on, for which, application form submission got over with PC and now admit card as well as exam dates are awaited.