The upper age limit of 27 is alleged to be illegal and arbitrary, dissuading fresh law graduates above the limit to apply, as there is no upper age limit in law programme admissions. 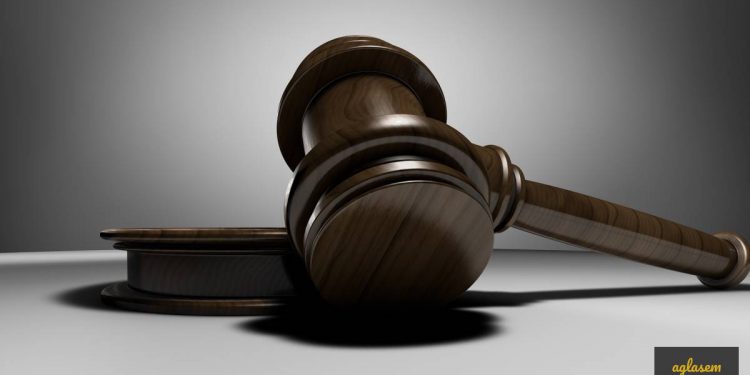 A 37 year old lawyer from Trichy has approached the court regarding the age limit of 27 years for fresh law graduates for the TNPSC Civil Judge Recruitment 2019. According to his petition, either the upper age limit should be removed or changed, or mandatory three years experience for the others.

As per the TNPSC Civil Judge recruitment 2019 notification released on September 9, minimum age for fresh law graduates is 22, and the maximum is 27. Practising advocates or pleaders and assistant public prosecutors belonging to SCs, SC(A)s, STs, MBCs/DCs, BCs, BCMs and Destitute Widows of all categories can be between 25 to 40 years old, and all other categories can be 25 to 35 years old.

The petition also outlines that admission to law courses usually has a lower age limit but no upper. This age limit of 27 years on fresh law graduates will be ‘arbitrary and illegal’, denying law graduates older than 27 years of age to apply.

The requirements from fresh law graduates is also that they are eligible to be enrolled as an advocate, open category need 50% and others need 45%, should have obtained a law degree within three years prior to the date of notification.

The first bench of Acting Chief Justice Vineet Kothary, Justice C Saravanan has, admitting the plea, asked the Bar Council of Tamil Nadu and Puducherry and the Registrar General of the high court to submit their response by October 21.

As an interim relief, the petitioner has sought that the court restrains further proceedings of the recruitment process until the matter is cleared up.

The Tamil Nadu Public Service Commission has not published any update in the matter on the official website tnpsc.gov.in. If the sought interim relief is provided, then relevant information is anticipated to come at tnpsc.gov.in as well. At the moment, registrations are open for the said recruitment. Last date to apply for TNPSC Civil Judge recruitment 2019 is in two days, on October 9. Last date to pay fee through bank is October 11. The exam is scheduled to be held on November 24, the prelims one. Whereas the main exam is slated to be held next year, on March28 and 29, 2020. The number of vacancies to be filled through it are 176, for Civil Judge post code 2089 in Tamil Nadu State Judicial Service (Service Code No.060) in scale of pay Rs. 27,700- 770-33,090 – 920 – 40450- 1080- 44770.