With the confirmation of the formation of National Testing Agency (NTA), there is a wave of uncertainty among everyone about the engineering and other entrance examinations.

Who will conduct the exams? Will there be only one engineering entrance exam? What will be the changes? What to expect? What exams will be scrapped? These are few questions that are coming up.

Aspirants have flooded the social media with questions. There is a huge curiosity among the students who will take one of these entrance exams in 2019. 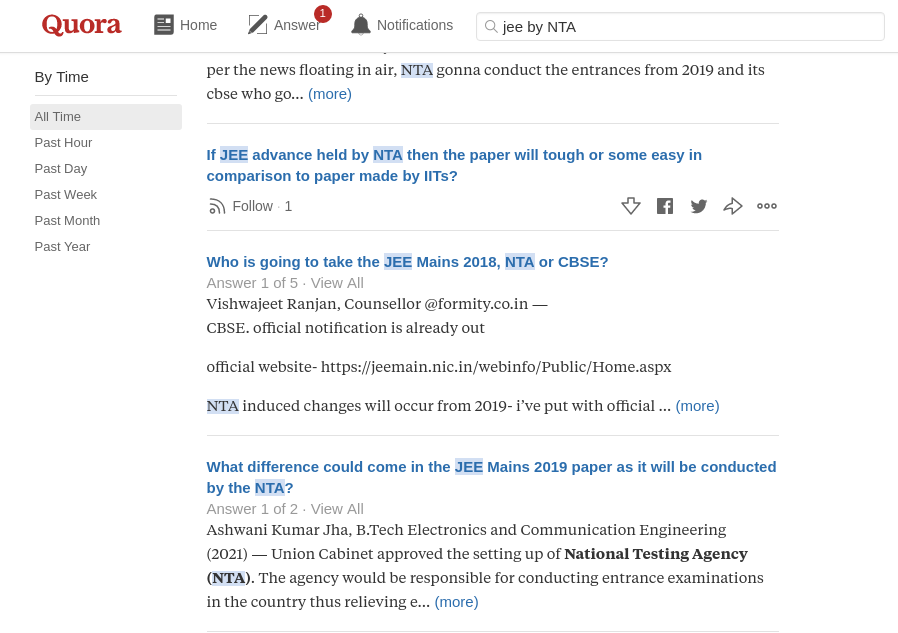 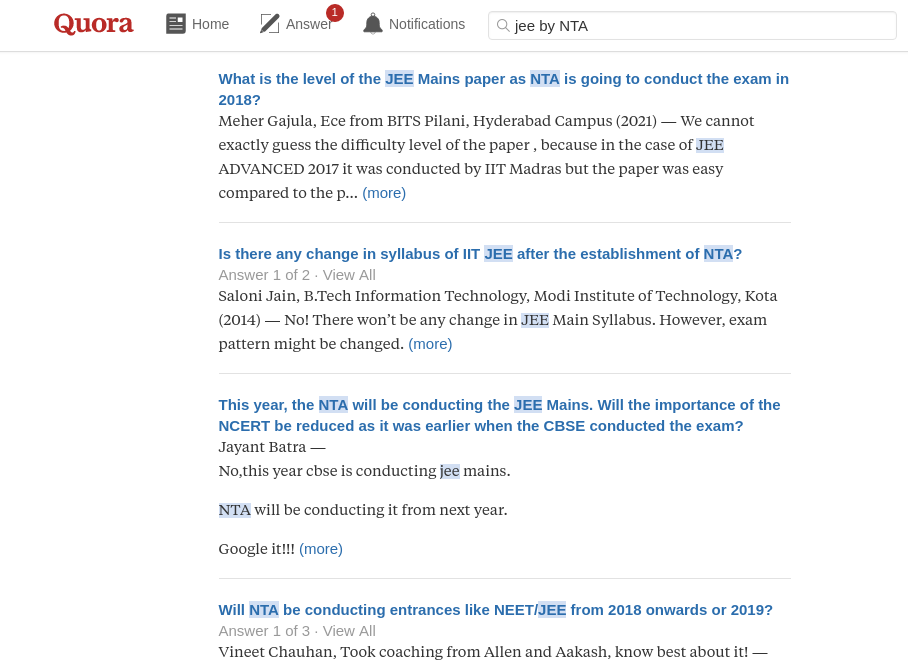 Answering all the above queries, the official had taken over Twitter to address the questions. It has been confirmed that NTA primarily will take over the 9 types of examination conducted by CBSE including CTET, UGC NET, JEE Main, NEET, JNV admission with about 70 lakh students appearing in them.

As per many reports, NTA may conduct all these exams twice a year. If this is true, then big engineering examination like JEE Main will be conducted twice a year instead once. Also, there are reports on NTA to start conducting examination from 2019 onwards. 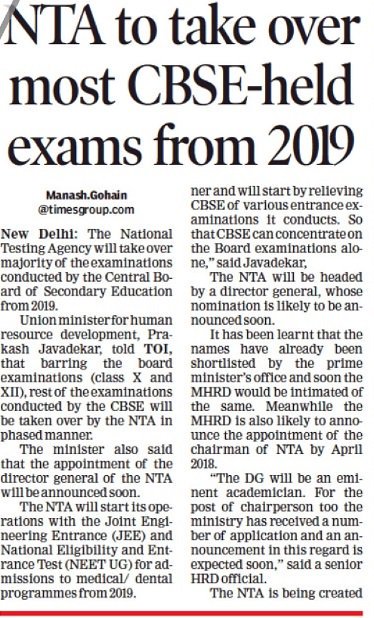 But, there has been no official announcement regarding the change in the pattern of the examination till date. Also, there has been some speculations regarding one single engineering entrance exam, but whether from 2019 the candidates will face this change or not, it is still uncertain. Keeping in mind the future of the candidates and the time to prepare for the entrance exams, the government may soon announce the details regarding this.

The Director General of NTA has been appointed recently. The former chairman of Central Board of Secondary Education (CBSE) Vineet Joshi, is the first Director-General (DG) of the National Testing Agency (NTA). He will have a tenure of 5 Years. With the DG being appointed, the official announcement about the engineering entrance examinations can be soon expected.

Will the state level engineering Entrance  exams be scrapped?

Also if there will be a single entrance test, will the newly formed National testing agency will take its responsibility? Well, these are few mysteries that are revolving around the future of the engineering entrance examinations. Until an official announcement one cannot guess the chances. But as far as the reports, soon one single engineering entrance exam may be held, now since all the states except for WB and TN agree with the proposal.

The mystery continues!So, till date, there is no word from the government regarding whether NTA will conduct examinations from 2019 onwards. Also, there is no official announcement regarding one single engineering entrance examination. These are only expectations. Since the formation of NTA has been pending since a long period of time, now that it has formed, it may conduct examinations as soon as possible. A budget of Rs. 25 Crore has been allotted to NTA to start functioning. Until any official declaration, everyone is withheld by this mystery.

What are you expecting? Do you think there will be one engineering entrance examination from 2019 onwards? If yes, are you in favour of it? Do you think NTA will be able to solve the existing problems? Let us know in the comment section below.