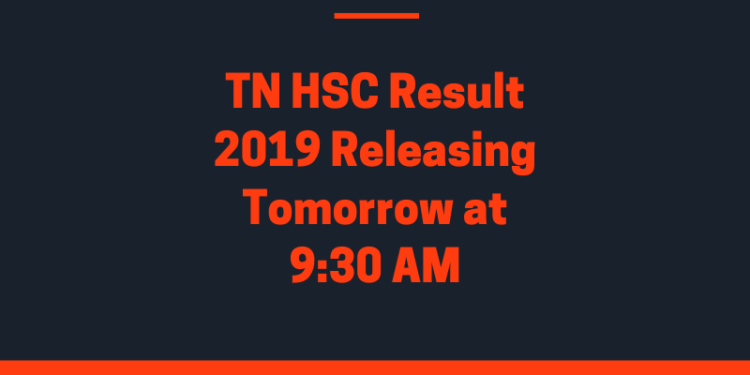 As per the notification released by the Directorate of Government Examinations, Tamil Nadu, the result of class 12 will be announced tomorrow i.e. on April 19, 2019, at 9:30 am. The candidates will be able to see the result online on the official website i.e. at tnresults.nic.in and on dge.tn.gov.in. Along with it, the result for the higher secondary examinations will also be declared on dge1.tn.gov.in and dge2.tn.gov.in.

The link of the result will be available online on the official website. There will be more than one link. However, the process will be the same to get the result. The candidates will have to hit the link and then they will be redirected to a new page. On that page, they will be required to submit the registration number and the date of birth. All the details must be the same as given on the admit card.

There are also some of the third party websites which also declare the result of Tamilnadu board. These websites are indiaresults.com or examresults.net or results.gov.in etc.

The exams of class 12 students were held from March 01 to 19, 2019. The first and the last exams were for Language and Biology/ Botany/ History/ Business Maths/ Office Management/ Accountancy & Auditing.