RRB NTPC Admit Card 2019, Exam Date to release for 1.26 crore govt job seekers, Here is why there is delay

So this is why RRB NTPC admit card 2019, exam date declaration is being delayed! 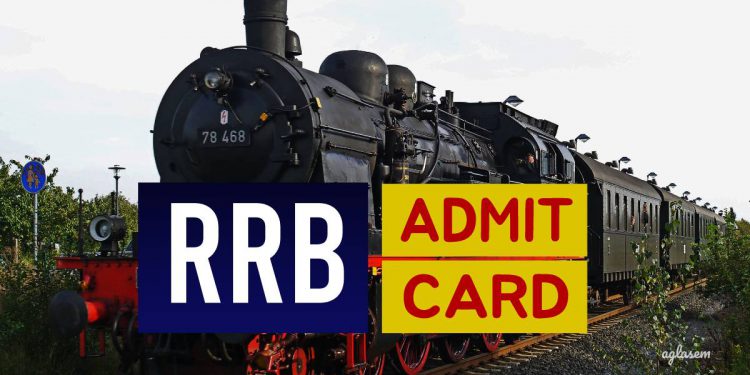 Now, finally there is some clarification on why RRB NTPC admit card 2019 is being delayed. Recently railway recruitment boards have published a notification inviting exam conducting agencies to hold computer based tests. That means that RRBs are right now looking for a new organization to execute the tests, most probably because of the paper leak and technical issues caused in the previous exams.

Why is there so much delay in RRB NTPC admit card?

As per the notification, Indian Railways is accepting applications from new exam conducting agencies until today that is September 23, 2019. And then officials from Ministry of Railways will have discussions with the agencies on September 25, 2019. So now it is expected that RRB NTPC admit card 2019 will be released after September 25, 2019.

First, RRBs will publish RRB NTPC application status. Then they may or may not give chance to make corrections. After that, they will publish a notification about the important dates for exam, admit card, city intimation. Then login link will be activated to check exam date and city. After that admit card download link is expected to be available four days before the exam.

All these processes will take time. So exam is not feasible in September. And if it has to be conducted in October, then application status should release in the first week of October.

There may be many more reasons on why application status, admit card, exam date of RRB NTPC 2019 is being delayed. However this is most probable cause as far as recent analysis suggest.

The total number of candidates who have applied for RRB NTPC 2019 is 1,26,30,885 that is one crore, twenty six lakhs, thirty thousand, eight hundred and eight five. The revised number of vacancies for the recruitment are 35,208. So there are 358 candidates competing for every vacancy, which means that competition will be tough.

RRB NTPC admit card 2019 has been delayed a lot. As per the centralized employment notification CEN 01/2019, the exam is supposed to be conducted in September-October. Now September is almost over and yet there is no official update on the exam date and other events of non technical popular category recruitment.

RRBs received even more applications for group D recruitment against CEN 2/2018 – there were 1,89,82,719 that is one crore, eighty nine lakhs, eighty two thousand, seven hundred and nineteen applications against 62,907 vacancies.

Although the number of vacancies is highest for RRC CEN 01/2019 – 1,03,769 – which is also group D, less applications have been received for it. 1,15,67,248 that is one crore, fifteen lakhs, sixty seven thousand, two hundred and forty eight candidates have applied for it.

Right now the following exams are pending in Railway RRB, RRC recruitment – RRB NTPC, RRB Ministerial, RRC Group D. The most popular among these is the RRB NTPC recruitment. Candidates should keep their registration number and date of birth handy as they will be required to login.