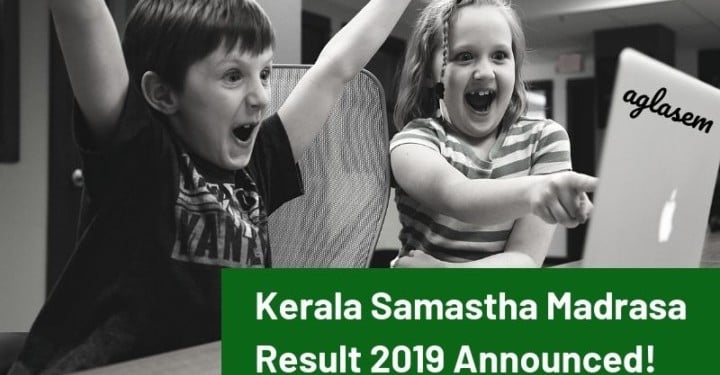 Kerala Samastha Madrasa Result 2019 has been declared by SKIMVB today, on May 20, 2019, at result.samastha.info. It has been announced for class 5th, 7th, 10th, as well as 12th. Students can check result either on individual basis by registration number, or Madrasa Wise by Madrasa number. Samastha Pothu Pareeksha was held as per its time table earlier this year.

Due to a large number of students checking result the website crashed around afternoon. However the site is responding intermittently and students can check result at such times. It is expected that by late night, site will once again become stable for result of Kerala Samastha 2019.

When site is working, students can see result login on main page of result.samastha.info. Here, they have to first select class, then select year, type of exam, and enter student registration number. Otherwise they can check Samastha Result Madrasa Wise.

It is reported that more than 2 lakh students appeared for Pothu Pareeksha from over 8000 institutes. These include students from Kerala, Lakshwadeep, Tamil Nadu, Pondicherry, Karnataka, Andaman and Nicobar Islands. Reportedly the exam is also conducted overseas in Malaysia, UAE, Oman, Bahrain, Qatar, Saudi Arabia.

Samastha Kerala Jamiyyathul Ulama was founded in 1926, however was officially registered in 1934. It has since then had an active involvement in all matters concerning Kerala Muslim community.

This time Samastha has published result earlier than last time. Last year, samastha results were announced on June 1. Whereas students are pleased with early result declaration, they are a little hassled by website not responding.

It was reported around noon today that result of Samastha Madrasa 2019 have been announced. It was confirmed at official site that indeed result was published and students were able to check. However soon thereafter, site started crashing and by the time more students came to know of result, site stopped responding.

This caused some chaos on social media. Some students claimed that results were not announced since they were unable to open it. Some tried to find alternate result links as anticipation for checking their result grew. However result can only be checked at official website result.samastha.info. Students may try in some time to check it. Best wishes to all for their result.

UP BEd JEE 2019 Result and Answer Key out on 21 May; Confirms MJPRU

UP BEd JEE 2019 Result and Answer Key out on 21 May; Confirms MJPRU