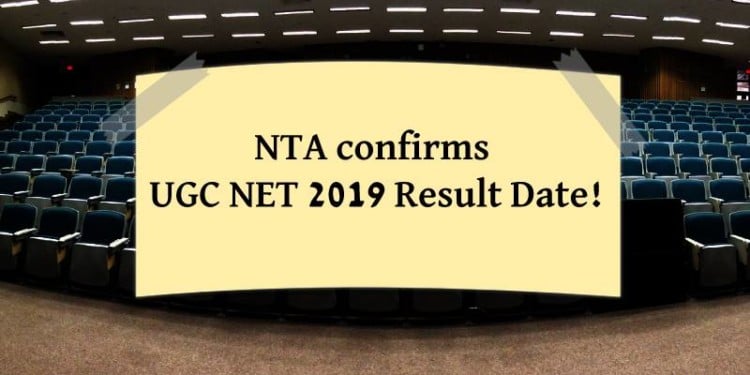 National Testing Agency (NTA) has confirmed that result of NTA NET June 2019 will be announced either on 13th or 14th July. On either dates, it will be declared after 6 PM. The date and time were provided via a telephonic conversation upon enquiry for result of UGC NET 2019.

Whereas it was already known that NTA NET results will be declared by 15th July as per information brochure, it was, until a few days ago, fully anticipated that result will be announced on 10th July. The early date was predicted based on the fact that previous exam’s result of the National Eligibility Test was declared exactly five days before the official date of declaration. However since the result did not come on the anticipated date, candidates had been trying to get answers.

Upon calling the officials, they said that NTA UGC NET June 2019 result will be announced one or two days before 15th July. Time of declaration of result will be after 6 PM.

The computer based tests for National Eligibility Test were held on 20th, 21st, 24th, 25th, and 26th June. On each day, there were two shifts. NET exam has been conducted for 81 subjects at 615 centres in 237 cities. 15 Regional coordinators, 162 city coordinators, and 280 observers were posted to ensure smooth conduct of the exam. 600 Examination centres had CCTV surveillance.

Overall 9.42 lakh candidates had registered to appear in the UGC NET June 2019 exam. Exactly 6,81,718 candidates appeared in the exam. Since only top 6% will qualify, therefore number of candidates to qualify is expected to be around 40,903.

As soon as result of NTA NET June 2019 is out, candidates will be able to login with application number and date of birth to check it. Result will indicate marks, NTA score (percentile), and status of qualifying or not qualifying. Those who are declared as qualified for eligibility for Assistant Professor will be then issued e-Certificate by University Grants Commission, which they can download from ugcnetonline.in. Those who are declared as qualified for Junior Research Fellowship will be issued Award Letter by University Grants Commission. The JRF award letter remains valid for a period of 3 years time.

After this, NTA will again conduct UGC NET exam in December 2019. For the December exam, registrations will begin in the month of September. There is no limit to the number of attempts in National Eligibility Test. However, candidates must satisfy age limit criteria for JRF.