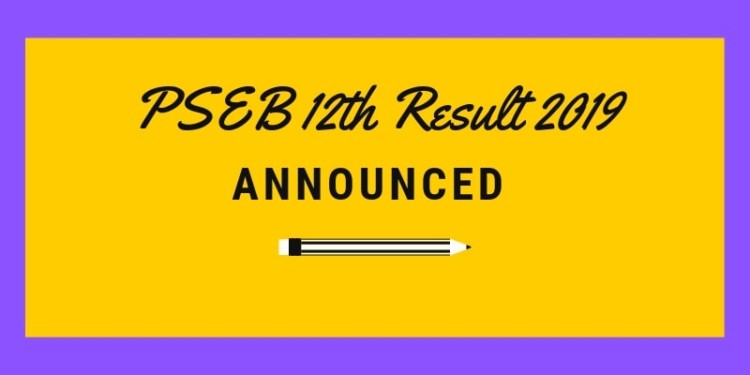 Punjab School Education Board (PSEB) has released the result today, on May 11 at around 11:45 am. The result has been announced through the press conference. As per the statistical data, 86.41% is the overall passing percentage of class 12th which is more than the last year. PSEB 12th Result 2019 releases online. Though the link is not yet active. However, keeping in mind the class 10th result, we are expecting that the result will be active in the late tonight.

PSEB class 12th result 2019 will be uploaded on its official website- pseb.ac.in. To check the result students need to visit the site first. Then click on the link of the result available on the homepage. After clicking on the link a login window will appear on the screen. Here you have to enter your roll number or name in the space provided. After successful submission of the details, your PSEB 12th Result 2019 will appear on the screen. Check out your result carefully and download it.

Along with the regular board, Punjab board has also released the result of the open board. 58.52% is the overall passing percentage of students from the open board., 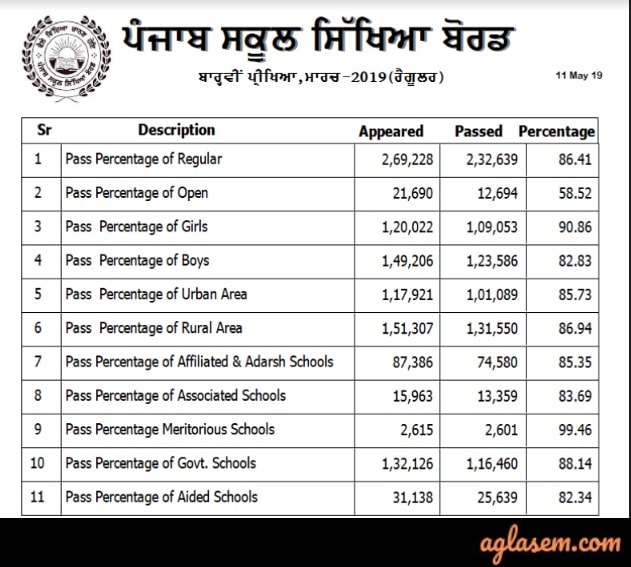 The girls of the state performed better than the boys by scoring 90.86%. While the boys have scored 82.83%. This year around 2,69,228 students have appeared for class 12th examinations. Out of this total 2,32,639 students have passed the exams.

Punjab Board has released the result of Science, Commerce and Arts stream at the single login. As per the reports, the commerce stream has performed better than the science and the arts stream.

Last year the passing percentage of class 12th students was 65.97%. Thus, this year the students have given their remarkable performance. After the declaration of the result of class 12th, the entire state celebrates the success of the students.

Along with this, those students who not able to qualify the exams need not to worry. Punjab board will conduct the compartment exams. A second chance will be provided to the students who have not able to score the minimum passing marks.