Home » Entrance Exams » NEET In Other Languages: States To Give Affidavits For Accuracy

NEET In Other Languages: States To Give Affidavits For Accuracy State governments will have to submit affidavits to the Centre to confirm correctness of language based question papers of NEET, says HRD Minister Prakash Javadekar. He said this in response to question put forth by AIADMK member Vijila Satyanath on the burning issue of wrong translation of 49 questions in NEET 2018 and problems that students face in such situations.

In NEET 2018, matter of incorrectly translated questions was submitted as an PIL to which Madras High Court asked CBSE to award 196 grace marks to all students. However this decision was stayed by Supreme Court saying that CBSE cannot dole out marks, putting several other students in a position of disadvantage.

Javadekar said, in Rajya Sabha, that Tamil Nadu government had provided translators. Moreover, next year that is NEET 2019 onwards, states will have to submit affidavits regarding accuracy of question papers. This step seeks to ensure more accountability from states to ensure that translators they provide do correct translation, for benefit of students.

It will be held in eleven languages. English, hindi, assamese, bengali, gujarati, kannada, marathi, oriya, tamil, telugu, urdu are languages in which exam will be held. 79.96% Applicants opted for English last year. Hindi was most popular language after that with 11.04% takers, followed by Bengali with 3.02% applicants and Kannada with 2.06%. 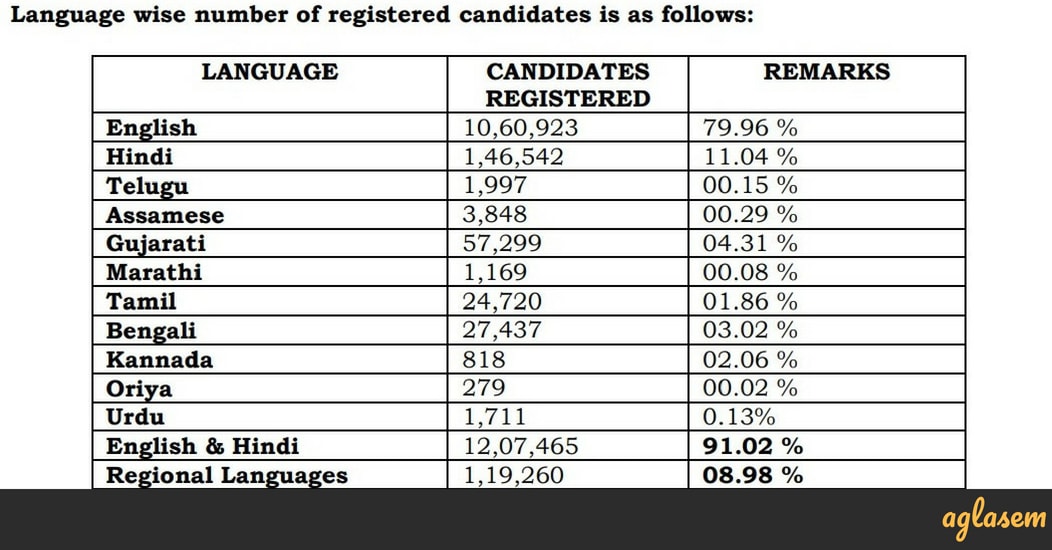 This year NTA will start conducting NEET. NTA NEET 2019 has some changes such as exam will be online and it will be held twice a year. Javadekar confirmed earlier this month that there will be no change in language of exam.

It is speculated that NTA will create a pool of questions which will be used in such a way that every test taker gets a unique question paper. If such a large pool of questions are created then their translations in all languages should also be there. This would be a mammoth task, which NTA and MHRD seem ready to undertake.

On one hand, NEET 2018 counselling is again on hold, and on other hand NEET 2019 preparations are in full swing. There are many students who are caught in a limbo – those who want to get admission through NEET 2018 but are unsure if they can, if they do not then they will have to prepare for NTA NEET 2019.

Concern of accuracy in NEET question papers in other languages affect at least 8.9% of applicants which is around 1.25 lakh. For future of these 1.25 lakh students, state governments, NTA, MHRD have to work in collaboration to ensure that question papers are correct.

What are your views on this matter? Share in comments below.