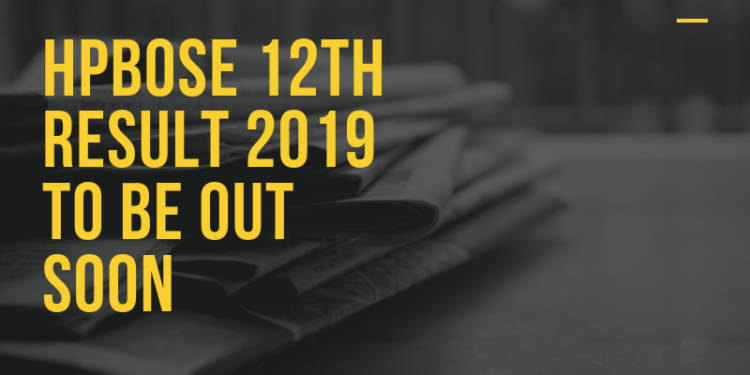 As per the latest news, the Himachal Pradesh Board of School Education will announce the result of class 12 students very soon. Last year, the result was released on April 24, 2018. So, this year, the students can expect the HP Board 12th Result 2019 within this week.

Initially, there were many rumors that the board is announcing the result today i.e. on April 20, 2019. However, there are some reports, according to which the result will not be declared today. Till now, there is no confirmed date available for the result declaration. As per the board officials, the evaluation process of the answer sheets is about to finish. So, it is expected to be available very soon.

The HPBOSE 12th Result 2019 will be announced online on the official website of HP Board. The link will be available at hpbose.org. The candidates will have to click on the link and then they will be redirected to a new page. On that page, you will have to submit the roll number and the date of birth. In this way, the result will be announced in the pdf format.

The exams of class 12 were held from March 06 to 29, 2019. The first and the last exams were of English and Financial Literacy respectively. Exams were conducted in the morning shift i.e. from 8:45 am to 12:00 noon.

Himachal Pradesh Board of School Education is the board which works for the state. The board came into existence in the year 1969. It is well known as HPBOSE. The headquarter of the board was in Shimla. After that, the headquarter was shifted to Dharamshala. The shifting was done in the year 1983. It was established under Act No. 14 of 1968. Initially, the board was established with the number of staff 34 people. Then it was increased to 643. HPBOSE conducts examination for the following classes and courses: 10th, 10+2, J.B.T and T.T.C. More than 5 lakh students take part in the board exams. Presently more than 8000 schools are affiliated with the Board. HPBOSE has also set up 1846 Examination centres throughout the state. First, the HP Board conducts the board exams then after the completion of the exams, it declares the result.

All the best for the exams. For any question or query, use the comment section provided below.

Last Date To Apply For COMEDK 2019 Extended; Form Correction To Begin On 22 Apr

UP Board Result 2019; Result Date To be Confirmed On April 22

UP Board Result 2019; Result Date To be Confirmed On April 22