Home » Entrance Exams » CLAT 2018: Re-estimation Of Marks To Be The Ultimate Solution?

CLAT 2018: Re-estimation Of Marks To Be The Ultimate Solution? So many allegations and no relief is what the situation has been for the students who faced major technical problems in the CLAT 2018 exam. Defunct computers, electricity problems, some getting extra time while many banging heads. Nobody can forget any of this. In Hissar, the students were also blamed for cheating in the exam hall for which the committee saw the CCTV footage.

But maybe the NUALS, Kochi has a solution that might give compensation to the candidates who have been through this.  It is such a relief since the situation was heating up when the supreme court earlier rejected the request for Re-examination by the students.

Advocate UU Lalit & Deepak Gupta have appeared in the court and advised the supreme court to pass the order of what they are calling a solution for the affected candidates.

The proposed solution will be to re-estimate the marks of the students. This means that if the proposal gets accepted by the supreme court, the candidates will have the marks which they could have got if there were no technical problems.

Many factors will be considered such as the total time available to the students, the average time is taken for attempting each question, the number rightly answered as well as wrongly answered questions, the average number of questions that could have been attempted and more. All these factors will be considered to estimate what exact marks each student lost and if the proposal is accepted, be added to the marks already obtained.

The committee that is headed by the Retired High Court Judge, Justice MR Hariharan Nair says that there is no capacity to suggest a compensating formula and thus both the advocates have asked for time till 15 June, the day the 1st round of counselling ends. Thus, on Monday, the grievances redressal committee received the order to come to bring a solution till June 15.

Now since the CLAT 2018 Results have been announced and the 1st round of counselling is going on, the Supreme court has calmed the situation by saying that whatever the decision will be, the counselling and the admission procedure shall not be disturbed at any cost. Now, many students had many questions unanswered.

The proposal of re-examination was rejected by the supreme court since the bench said that there can not be different parameters for judging a different group of students. 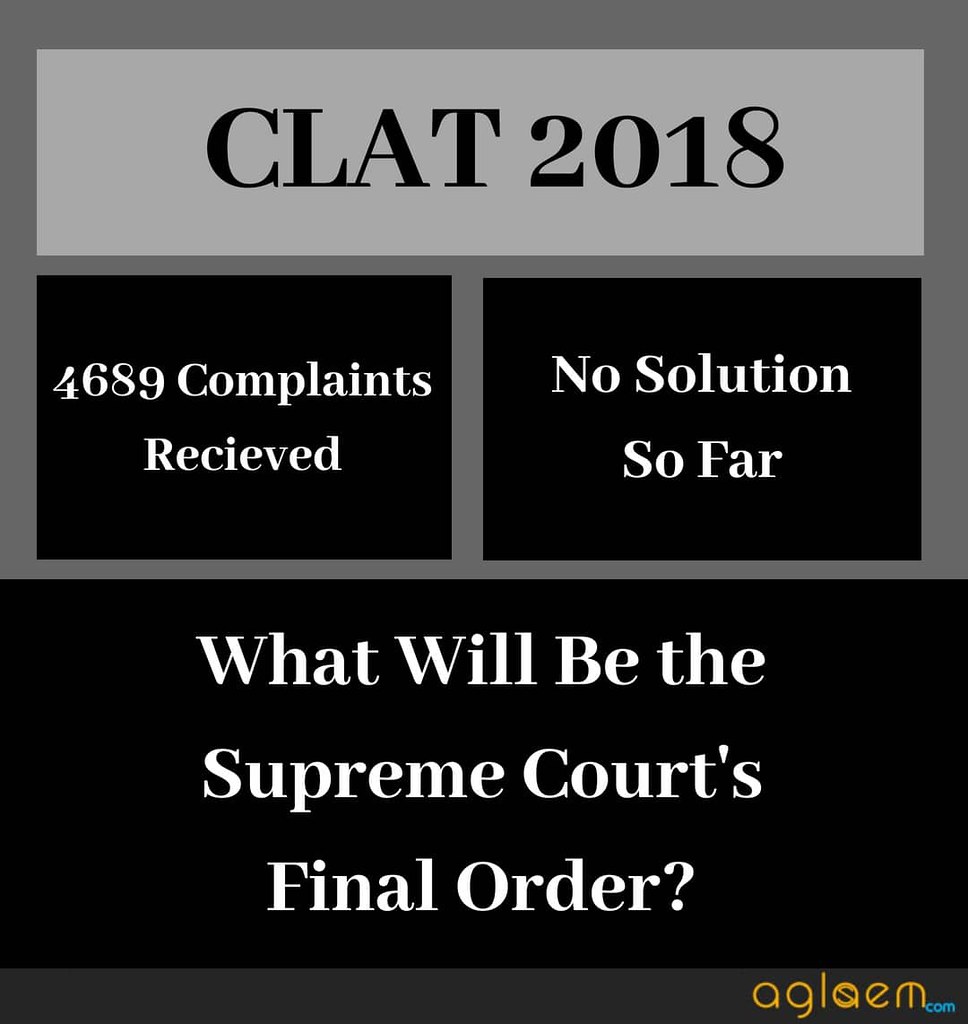 We all can hope that the students get the best for their hard work. The final decision is expected to be announced tomorrow.