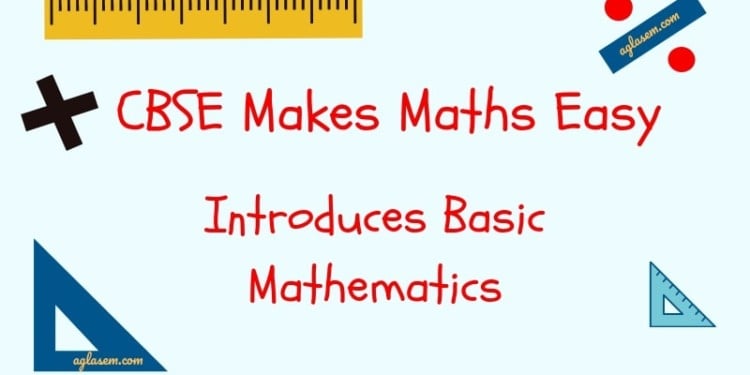 In one of the most revolutionary reforms in the Indian education system, the Central Board of Secondary Education (CBSE) has bifurcated Mathematics into Standard and Basic Level. Other than existing Standard mathematics, the class 10 students will now also have the option to opt for Basic mathematics. It will be implemented from next year, that is for CBSE Boards 2020 exams.

Central Board has introducing Basic mathematics to reduce the burden of the students. Maths requires logical and analytical skills and one cannot cram it. The students who do not wish to pursue the subject after 10th have to mandatorily study it and this leads to low score and percentage. Hence, to lessen the burden, the Board revamped the maths for class 10th students.

A student can opt either Basic or Standard maths. The selection is to be done during the class 10 form filling. Candidates cannot change the choice during the examination. However, after the announcement of CBSE Board result the basic maths students can appear for Standard Maths in the compartment examination.

It is also expected that the Board will announce the result early. The result of CBSE Class 10 is announced by the 4th week of May. However, it is expected that the Board will release it 10-15 days before in the 2nd or 3rd week of May 2019. The result will be announced online, on cbseresults.nic.in. The candidates will be able to check it by entering roll number, date of birth, school number, and center code.

Central Board of Secondary Education (CBSE) is one of the biggest national level education board in India. Almost, 19,316 schools are affiliated to the Board and every year the figure increases. Other than that, there are also 211 schools, in 28 foreign countries, which are also affiliated to the Board. The core role of the Central Board is to regulate the school level education system in India. From deciding the curriculum to syllabus and Board exam, all are looked after by CBSE.