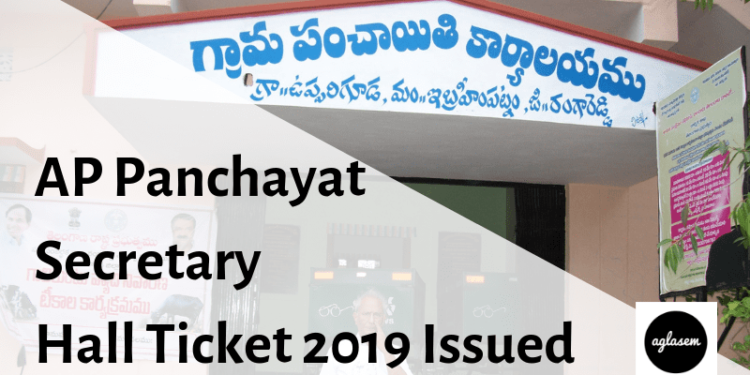 The Andhra Pradesh Public Service Commission (APPSC) has issued the AP Panchayat Secretary hall ticket 2019 on April 15, 2019. The hall ticket is available on the official website of APPSC at psc.ap.gov.in for the screening test to be held on April 21, 2019. The user id and password are the credentials to download the admit card. 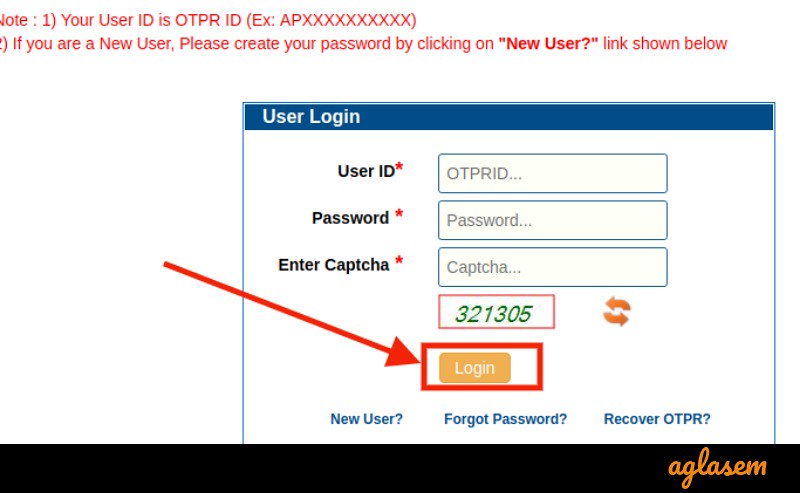 The Commission released the web note for the candidates belong to backward classes. Such candidates have to verify their creamy layer status. If required they have to provide the declaration, the performa of the declaration is also available on the website.

In case the candidates found any discrepancy in their hall ticket, as to name, date of birth, community, the candidates have to immediately contact the Commission’s officials/Chief Superintendent in the examination center.

Another case which is faced by the candidates is photograph is either missing / blur on the admit card, in this case, the candidates have to affix a recent passport size photo on their hall ticket, this must be attested by the Gazetted Officer. The candidate has to handover the similar photographs one for each paper, to the Chief Superintendent for affixing the same on the Nominal Rolls.

The screening test includes two papers, each paper contains 75 questions of 75 marks, which have to be completed in 75 minutes. There will be negative marking of 1/3 marks for each wrong marked answer. 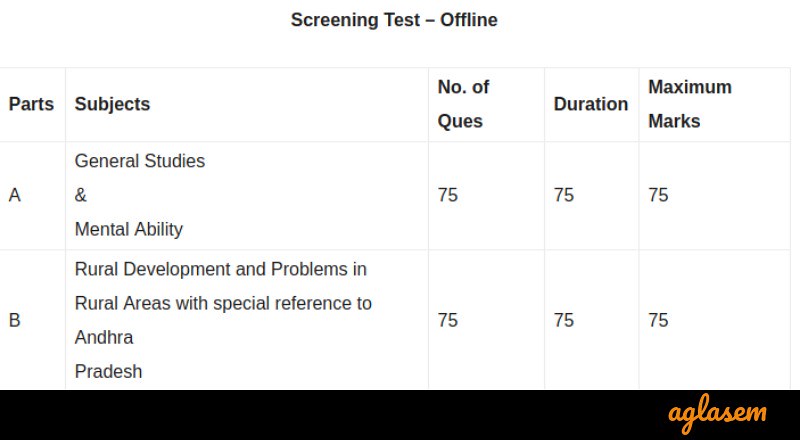 For the candidates who are affected with locomotor disability and Cerebral Palsy, and the percentage of impairment is 40%. For such candidates, mo scribe will be allowed, but the Commission will provide an extra time of 20 minutes per hour.

The candidates have to mark their answer on the Optical Mark Reader (OMR) sheet, so to marks, the answer in the exam, only ballpoint pen (Blue / Black) is allowed.

The commission has advised the candidates, to marks the answer correctly on the OMR sheet. The use of whitener / correcting fluid / blade / powder/ eraser / folding / earing / rough work is not allowed this will lead to the disqualification.

After the successful completion of the exam, the result of screening test will be released, then the qualifiers have to appear for the main examination, which will be held on August 02, 2019 in online mode. At the time of the main exam, the Commission will arrange the biometric verification to capture the candidate’s attendance.

This recruitment is being conducted for recruiting 1051 candidates on the post of Panchatay Secretary. The recruitment process started on December 27, 2018. The candidates were given one month to fill their application form.