Apprehensions about the 23rd ICAR AIEEA 2018 exam has been cancelled. In an official notice by Indian Council of Agricultural Research(ICAR), the exam which was conducted on June 22 and June 23, 2018, for various courses, will now be re-conducted. An official notice has been released for the same. 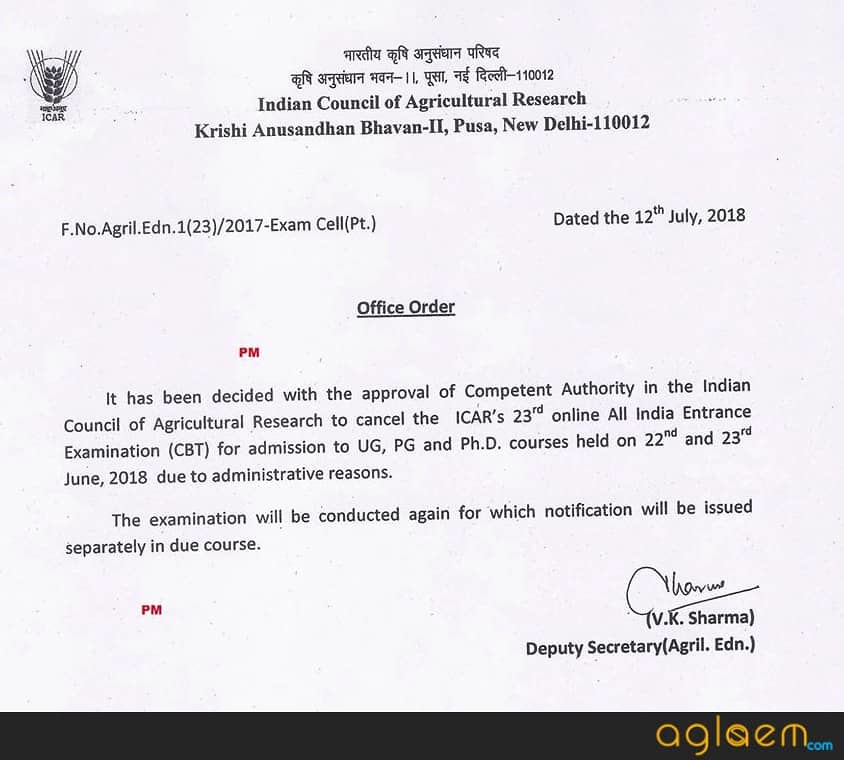 This year’s ICAR AIEEA Exam was under the scanner for the technical glitches. In a petition by one B. Murugavel of Adyar, he had raised concern over the gross mismanagement of examination which was conducted in online mode across the country.

As per the petition filed by him, her daughter was not able to see the questions on the computer screen and that the problem kept surfacing.  after his daughter switched to 12 computers. Similar complaints about the technical problems in ICAR AIEEA have also surfaced.

Now that the exam has been cancelled, the students will have to re-appear for the exam. Notice for the re-exam will be released shortly. Students must keep visiting the official website of ICAR to get the updated schedule for the exam.

The high court had ordered the ICAR to get the exam re-conducted and to cancel this year’s result. This was the 23rd edition of All India Entrance Examination for Admissions(AIEEA). ICAR is the conducting body for this exam.

The results for this exam will be available in the form of overall merit-rank and the category rank obtained by the candidates in the exam. For the counselling purpose, which will be conducted in an online manner, the overall merit rank of ICAR AIEEA 2018 will be used for the admission purpose in the Agricultural University.

RRB to Release Group D Admit Card 2018 After 20 July; Know How to Get It Here