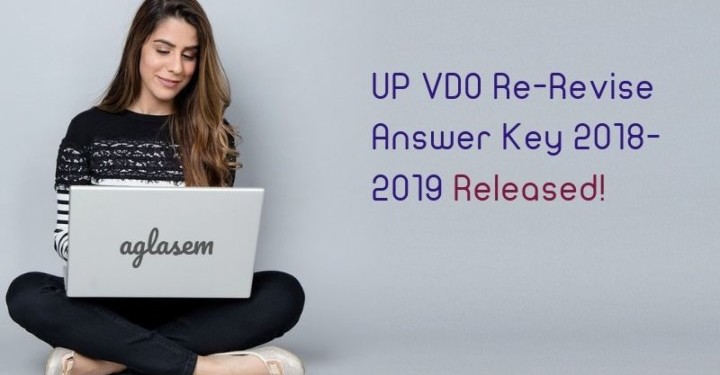 Uttar Pradesh Subordinate Services Selection Commission (UPSSSC) has released a revised answer key of UPSSSC VDO 2018-2019 at upsssc.gov.in. Whereas there were 32 sets of question papers, answer keys of 16 sets have been changed. However, answer keys of remaining 16 sets have been kept unchanged. With this notice, chances have gone up for UP VDO Result 2019 to be out either by end in May itself or early June.

Now once again there are changes in the re-revised answer key. Answer keys that have no changes are FA to FH that is day 1, shift 1, and AA to AH that is day 2, shift 2.

Last time the UPSSSC VDO recruitment was held in 2016. At that time, exam was held on June 5 and result was announced on August 20 of same year. Then cycle race result came out on January 20 of next year. Thereafter interview took place March onwards in 2018. Then final result came on July 18, 2018. Final result with marks were announced on July 23, 2018. 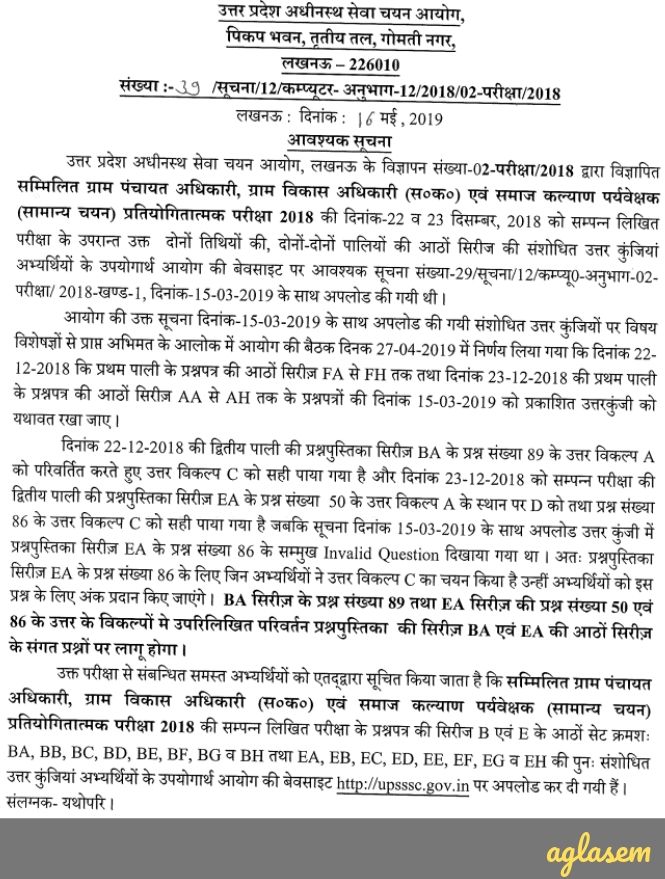 COMEDK 2019 Answer Key Released at comedk.org; Submit Objections Till 20 May