UP State Entrance Exam 2017 leads to admission in first year and second year of various professional programmes. Lakhs of candidates have appeared for the 2017 UPSEE in the month of April. Around one month after the exam concluded, the university declared result on the official website. Candidates can head out to upsee.nic.in and check their result. They can use roll number or application number, any one, to login. 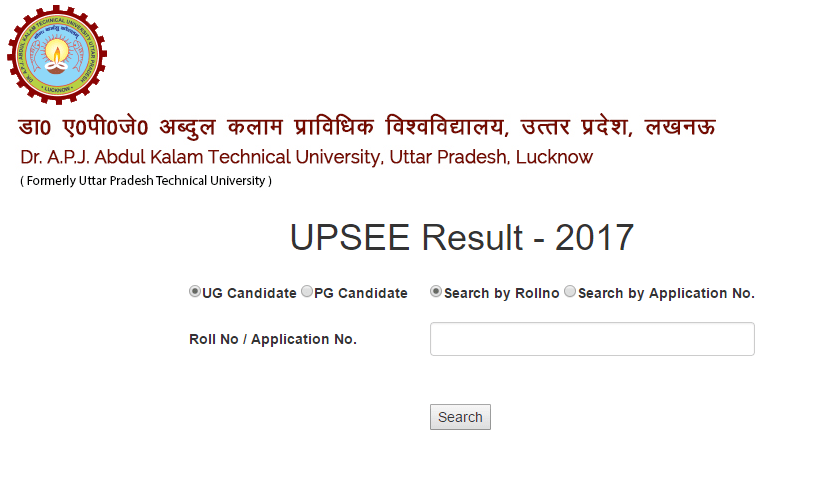 It is a point to be noted that AKTU has surprised students by publishing UPSEE results one day early. This year, all the important events of UPSEE 2017 has been done on or before time, including release of answer keys. Students who appeared in the exam are glad that they did not have to wait long for result or keys.

With UPSEE results out, now test takers know where they stand as per ranking. Now they can participate in UPSEE counselling 2017 for First Year of B. Tech /B.Arch./B.Pharm./ BHMCT/BFAD/BFA/ MBA/MCA And 2nd Year of B. Tech./B.Pharm./MCA (Lateral Entry) admission 2017-2018. While UPSEE is a state level entrance exam, some seats are available for non domicile students also who wish to study in the esteemed institutions in the state.

Rank 1 has been grabbed by Prabhakar Bindal from Meerut, followed by Rohan Gupta from Lucknow with rank 2, and then rank 3 has been secured by Divyansh Choudhary of Greater Noida.

Exam was held in 162 centres on day 1 which covered 41 cities in UP; 14 centres were in 8 cities outside Uttar Pradesh.

Counselling will start after UP Board results are announced.