Now the chaos running on UP Police Constable Recruitment exam has been made silent by the Uttar Pradesh Police Recruitment and Promotion Board (UPPRPB). The Board has notified the re-examination dates by a notice at uppbpb.gov.in. The exam has been rescheduled on October 25 & 26, 2018. Through a notice on September 20, 2018, the cancellation of the 02 shift exam conducted on June 18 & 19, 2018 has been confirmed to cancel. 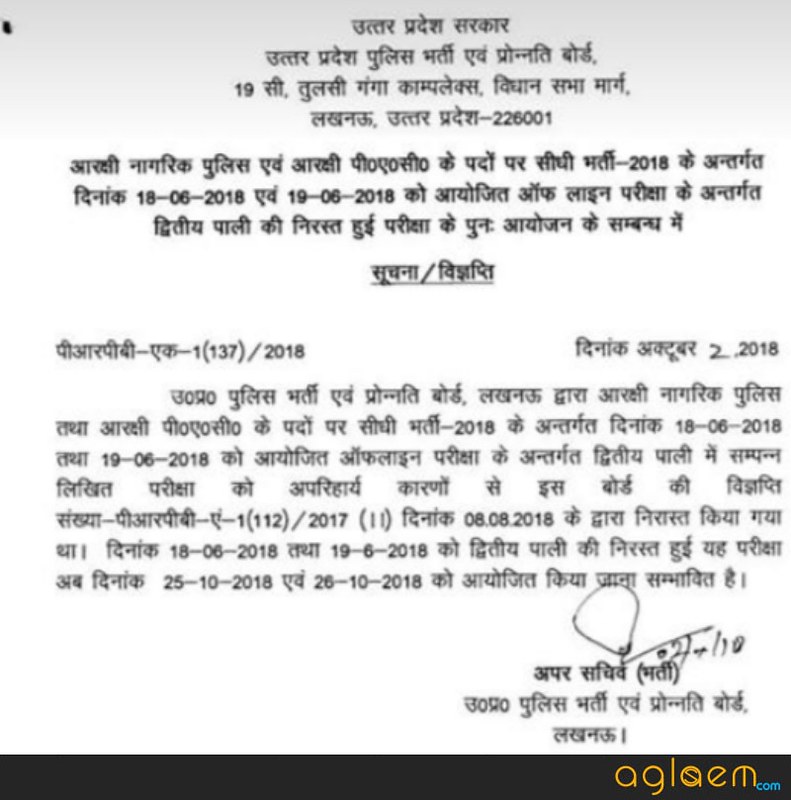 This notice was released on October 02, 2018. Now the 10 lakh candidates will take a sigh of relief. Till the last notice, the candidates were worried about the exam dates.

What was the reason behind the exam cancellation?

This recruitment of constable had seen too many problems. Around 10 lakh candidates were in trouble when the exact question paper of morning shift was distributed in the evening shift on both days of exam.

When the entire scenario came into knowledge of the candidates appeared in the morning shift exam, many of them protested for justice. Even for the justice, the exam committee has been dragged to the High Court.

As of now the availability of admit card has not notified yet. The candidates have to wait a little more for obtaining the admit card and exam centers. The releasing of the result is also not declared yet due to this issue. Now after conduction of the re-exam the board will release the result.

Reasons Why MCI Is Being Replaced Explained; J.P. Nadda Welcomes The Decision As A Step To Strengthen Medical Education