But on the 2nd day of the exam, something unexpected happened. On May 14, 2017, SSC reported that some unknown sources had uploaded the question paper and their answer keys on the social media pages. It seemed like the hard work of all those lakhs of candidates had gone in vain. The SSC published a notice assuring that a close investigation against the definite leads would be followed.

Following the protocol, the SSC announced on May 23, 2017, that the exam shall stand canceled. And also that the SSC MTS exam would now be re-held in Online mode (computer based) tentatively during the month of September – October 2017. This news attracted a bit of mixed reaction.

On one hand as it was a good news that the exam would be conducted in Online mode so that chances of paper leakage could be eliminated, on the other hand, a little sad because, those who have never appeared for a Computer based test would be tensed as it will be their first time appearing for an Online based test. 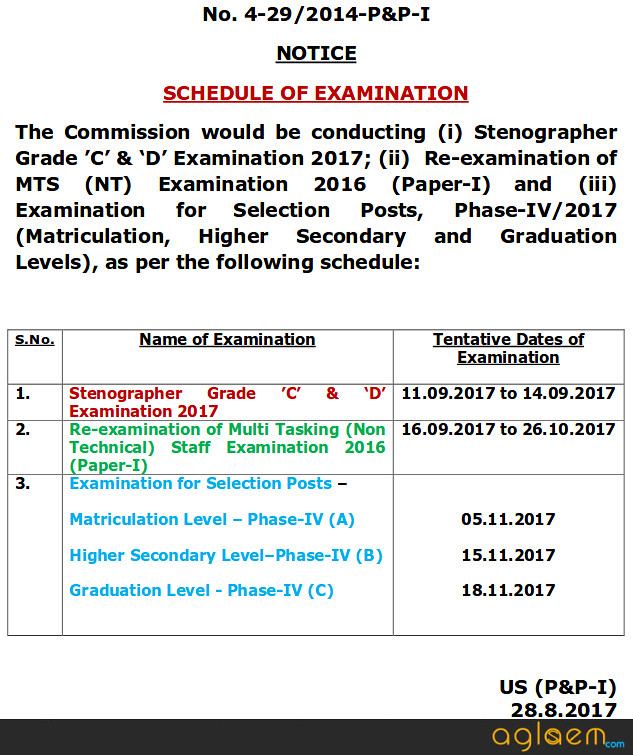 You do not need to worry about the process. You just need to look at this page for if you are looking for the process to familiarize yourself with practice sessions. First of all, candidates need Login to the Candidate Login account. In this section, you must suffice your Roll Number and Password ( Date of Birth). Now press the tab “Submit”. The practice session will begin.

Once you have understood the exam, next step would be to download the SSC MTS 2017 Admit Card. The Commission will issue the hall tickets to all the registered candidates before 1 week of the exam i.e. tentatively around 02nd week of September 2017. The admission certificate will be obtainable from the Regional website of the Zone from which you had applied.

One thing that you should be careful about is that carefully observe the information printed on your SSC MTS Admit Card for example the venue where to report, Reporting time, Instructions, Digital images of photograph and signature etc. In case, any information is misprinted, report the matter immediately to the commission using the indicated methods and time. ALL THE BEST FOR THE EXAM!

SSC JHT 2017 Final Result to be Declared on September 29!