Home » Competitive Exams » RRB NTPC Application Status To Be Released Before Exam Date or Admit Card; 10 Reasons Why Your Application Could Be Rejected

RRB NTPC Application Status To Be Released Before Exam Date or Admit Card; 10 Reasons Why Your Application Could Be Rejected

Only such candidates will get to download the RRB NTPC admit card, whose application forms get accepted provisionally. These are 10 most common reasons why railways reject applications. 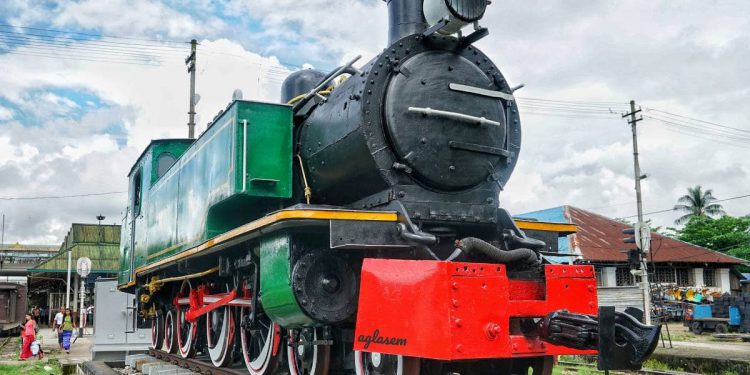 Railway Recruitment Board (RRB) will first release the application status for RRB NTPC (CEN 01/2019) candidates, before announcing exam date and releasing admit cards. All reports point to the same thing, that Indian Railways is going to finalize the exam conducting agency this month, then announce exam dates and application status next month that is January 2020, and then conduct exams in February and March 2020.

Official confirmation from Railways on either count is awaited.

When the application status is released, candidates will get to know whether their application form has been accepted or rejected. These are the top 10 reasons of rejections.

1. Invalid photograph is the most common factor that leads to application form rejections in railway recruitment.

The official NTPC exam notification clearly states that photographs that are black and white, with cap or goggles, disfigured, small size, full body, shows only one side of face, unrecognizable photo, photostat of photo, group photo, selfie, photo taken by mobile, morphed photo, or lack of photo, any one of these reasons is enough to reject the application form of any candidate.

Candidate’s signature is another frequently encountered cause behind a candidate’s application form rejection. Signature in capital letters as well as block letters are not allowed.

3. Candidate does not have required qualification

If the candidate does not possess the prescribed qualification as on the closing date of registration, then his or her application is not accepted by railways.

4. Candidate is either overage, or underage, or DOB is wrong

The age limit for NTPC posts for UG is 18 to 30 years as on 01.07.2019. And it is 18 to 33 years as on the same cut off date, for NTPC posts that require a university degree. Age relaxations are applicable for SC, ST, OBC, EWS, PWBD, EXSM. Those who do not fulfill the criteria shall not be allowed to appear in the exam.

In RRB NTPC or any railway recruitment, and in other government jobs as well, one candidate is supposed to submit one application form only. Those who submit different applications are not only rejected, they can also be debarred from future RRB, RRC exams.

RRB NTPC application status may show rejected even if the form submitted was incomplete or had wrong data.

8. Employer not permitting to apply

In the case of serving employees, if the employer communicates to the RRB that they will not permit the candidate to appear in NTPC exam, then candidature or application of such candidates will also be rejected.

9. Other irregularities observed by Railways

Coming under the ambit of miscellaneous reasons, if RRBs find any discrepancy in the application form, then again, rejection of application may be the ultimate step.

10. Trying to influence the process

RRBs have a strong stance against trying to influence the recruitment process. They say “candidate shall not bring in or attempt to bring in any political or other influence to further his/her interest in respect of the recruitment”. They also add “candidature of such candidates is liable to be rejected”.

After that, those whose applications are accepted will be able to download RRB NTPC admit card from around 4 days prior to exam.