Home » Competitive Exams » RRB NTPC 2019: Know How Many Will Be Shortlisted For CBT 2 On The Basis Of CBT 1?

Only 5-6% of the candidates who have applied for RRB NTPC 2019 will be qualified in CBT 1, for CBT 2. Here are the exact numbers. 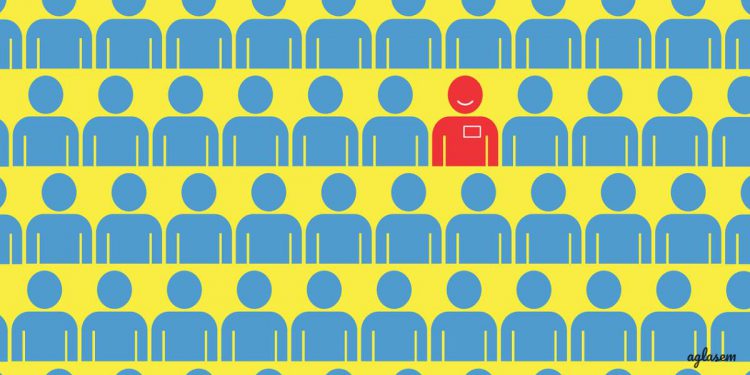 Railway Recruitment Board (RRB) Non Technical Popular Categories (NTPC) first computer based test is going to be conducted in the coming months. 1,26,30,885 (One crore, twenty six lakh, thirty thousand, eight hundred and eighty five) govt job aspirants have applied to appear in the exam. Only 5-6% of them will be shortlisted for CBT 2.

As per the official notification, CEN 01/2019, “RRB wise short listing of candidates for 2nd Stage CBT shall be done at the rate of 20 times the vacancies (may increase or decrease as per the requirement of Railway Administration)”.

There are exactly 35,208 vacancies in RRB NTPC 2019. Which means that 20 times this number, equals  7,04,160 (seven lakh, four thousand, one hundred and sixty) will be called for the CBT 2. Shortlisting will be purely on the basis of marks obtained in CBT 1 after normalization.

RRB wise number of candidates to be shortlisted will be as follows.

Vacancies for undergraduate and graduate NTPC posts in RRB Bangalore are 2,470. Meaning that 49,400 will be shortlisted.

RRB Bhubaneshwar has 498 vacancies. Therefore 9,960 candidates will be shortlisted for RRB NTPC CBT 2.

Then RRB Bilaspur has 1,207 number of vacancies. So from here, 24,140 candidates will qualify.

And RRB Chandigarh has 2,483 vacancies. Therefore 49,660 candidates will qualify from here.

In RRB Chennai, the vacancies stand at 2,694. 53,880 candidates will be shortlisted from here.

RRB Jammu-Srinagar, here the vacancies are 898 in number. Here 17,960 qill be qualified.

In RRB Muzaffarpur there are 329 vacancies. A total of 6,580 candidates will qualify for this RRB.

In RRB Secunderabad the vacancies are 3,234. The number of qualifiers from here will be 64,680 for RRB NTPC second stage computer based test..

Then at RRB Trivendrum or Thiruvananthapuram, the vacancies are 897. Which means that 17,940 will be called.

RRB NTPC 2019 exam date will be announced in some time. First, the application status is expected to be released this month. Then exam date announcement is expected in October or November. After that, RRB NTPC admit card 2019 is likely to be released in November or December. Exam is then expected to happen in November or December. However final dates, that could be any, will be as announced by the Railway Recruitment Boards.