The wait for Railway jobs is finally over! RRB ALP and Technician Recruitment Notification CEN 01/2018 has been released by the Railway Recruitment Board (RRB). Candidates aiming to work as Assistant Loco Pilot (ALP) and Technician in Indian Railway can apply from February 03 to 05 March 2018. The total number of vacancies are 26502 and out of these 17673 are for Loco Pilot and 8829 for the Technicians post.

Before applying, the candidates need to ensure the eligibility criteria. First of all, the applicant must be a citizen of Indian / Nepal / Bhutan / or any other country as recognized by the Government of Inda. The age of the candidates should be between 18 to 28 years, as on July 01, 2018. As far as the minimum education qualification is concerned the candidates must have passed class 10 / 12 and should have done ITI / Act Apprentices course. 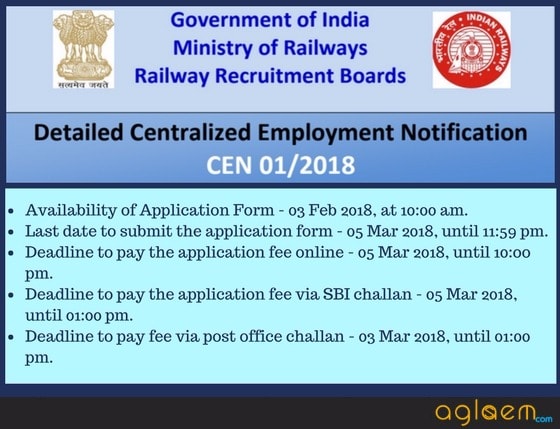 The eligible candidates can apply online, from the official website of the RRBs. In all, there are 21 RRBs but the application portal is common in all the website. The application form has two parts. In Part I, the candidates have to provide basic details about themselves, like name, e-mail id, gender, community, etc.

Aadhaar Number Is required to apply for RRB ALP and Technician Recruitment 2018.

Apart from entering the details, applicants also have to pay the fee amount in this part. The amount of application fee is Rs. 500 but the candidates belonging to SC / ST / PwD / Female / Transgender / Economically Backward Classes / Ex-Servicemen need to pay Rs. 250 only.

The Part II of the RRB ALP Application Form demands candidates to enter information about Scribe (if applicable), educational qualification, and the language of the examination. In this part of the application form, the candidates will also have to upload a photograph.

The photograph should be a coloured one. The dimension of it has to be 35mm x 45mm and it should be uploaded in JPG/JPEG format. Size of the scanned image has to be between 15 KB to 40 KB. The photo should have been taken after January 12, 2017. 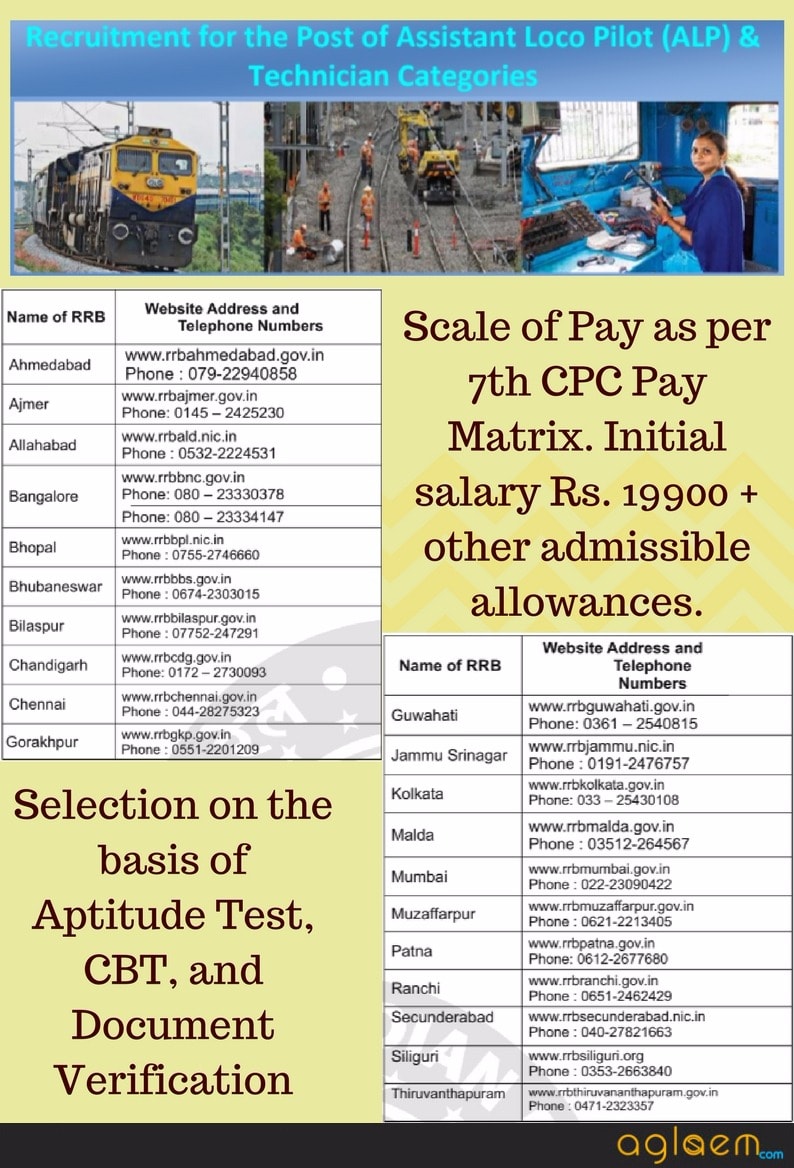 First Stage CBT will be a common test for ALP and Technician post. It will only be qualifying test. Candidates will have 60 minutes to solve 75 questions. To qualify the exam, the scores of candidates should be above the cutoff marks, which are 40%, 30%, 30%, 25% for UR, OBC, SC, and ST category.

Qualifying candidates of the first stage will be called for the second stage. It will be divided into Part A and B. To solve 100 questions in Part A, candidates will get 90 minutes. The questions will be asked from Mathematics, General Intelligence and Reasoning, General Science, and General Awareness on Current Affairs.

This is just the beginning of Railway Recruitment. It is expected that there are 2.5 lakh vacancies in Indian Railway out of which 1 lakh vacancies are in the Railway Safety Category.

The cutoff for the Second Stage is the same as that for the first stage. It should be noted that the marks secured in the Second Stage Part A shall be used to prepare the final merit list. On the other hand, the performance in Second Stage Part B will also be of qualifying nature. Candidates will have to attempt 75 questions in 60 minutes and secure a minimum of 35% marks in order to qualify.

After the Second Stage, Computer Based Test will be held. It will only be for the candidates Assistant Loco Pilot (ALP) aspirants. The candidates will have to score more than 42 marks in each of the test batteries.

The last stage of recruitment is Document Verification and for it, the candidates will be called on the basis of performance in Part A of Second Stage CBT, subjected to qualifying Part B of Second Stage (spe. for technician post).

It is expected that the notice for more Railway jobs will be announced soon. Stay with us and tell your queries about RRB ALP and Technician Recruitment 2018. You can leave it in the comment section below. We will try and resolve it for you. Good Luck to all the aspirants.

Tamil Nadu Battles Against NEET: One State vs The Exam