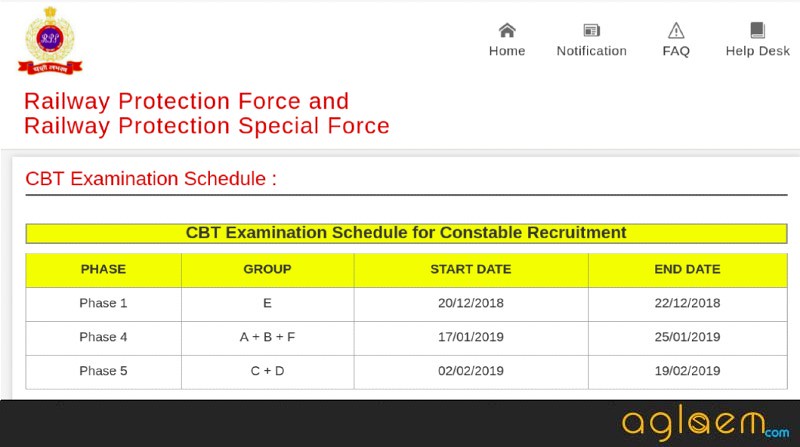 The RPF Constable 2018 Admit Card for the said examination will be issued to all the candidates who have enrolled their name in time for the recruitment. The Railway has clearly mentioned that It will issue the hall ticket to the candidates 10 days prior to the exam. For example – Those candidates whose exam is on January 09, 2019, their admit card will be available for download from December 30, 2018.

All the candidates who have applied have for the exam have to undergo the same examination. The exam includes three subjects, General Awareness, Arithmetic, and General Intelligence and reasoning. The duration of examination is 90 minutes, within this, the candidate has to solve 120 questions. For each correct answer, 01 marks will be awarded while for incorrect answer ⅓ mark will be deducted.

AIIMS PG Result 2019 for Jan session to be Announced; Know How To Check From Here!