Home » School Boards » NIOS Result October 2019 to be announced by this date: A report 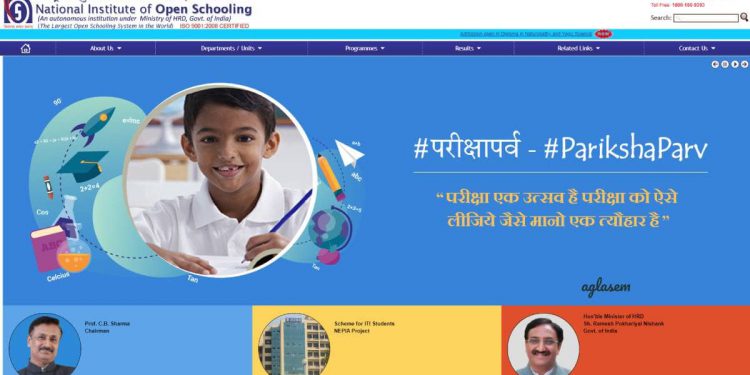 National Institute of Open Schooling (NIOS) is about to declare the results of October 2019 examinations for nearly 3 lakh students. The result date is under much speculation.

Last year NIOS had conducted the class 10 and 12 exams from October 8 to November 5, and announced the results examinations on December 16; a total of 41 days after the last exam date.

In the year before, that is in 2017, the result was announced on December 6, when the exams were held from October 6 to November 3; a 33 day gap between the exam date and result date.

Three years ago in 2016, NIOS conducted the second session exams from September 27 to November 4. In that year the result for class 12 students was announced on December 9, and that for class 10 on December 13. Having a 35 to 39 days gap between last exam date and result.

This year, the National Institute of Open Schooling organized class 10 and 12 exams from October 3 to November 4, 2019; initially the exams were supposed to conclude on November 1, however owing to assembly election, one of the exams got postponed to November 4.

Considering that the institute will follow a timeline similar to past 3 years, it can be assumed that the results could be announced anywhere between 33 to 41 days after the last exam date.

Therefore there are high chances that result would be announced between December 7 to 15, 2019.

However, were November 1 to be the last exam date as originally planned, then the NIOS result date range would become December 5 to 13, 2019.

Hence going by pure speculations and projections of past year data, the NIOS Result October 2019 exam are expected anytime from today onwards.

In the absence of any communication from the institute in this regard, students have no choice but to wait it out. Whenever the results do get announced, link to check them will become active at nios.ac.in. more specifically, the page where all NIOS results are updated is nios.ac.in/examresult.aspx. Here, candidates need to scroll down to the result heading and look out for results.

The direct link to check NIOS result of October 2019 exams will be results.nios.ac.in. here, candidates will be able to check their class 10 and 12 exam results by using their enrolment number.

In the senior secondary course, 29,60,285 candidates have appeared in the same duration, and 40.35% have been certified.

With the result, dates for RW cases exam fee payment, apply for TMA, and recheck revaluation details will also be put up.

RRB NTPC Application Status To Be Released Before Exam Date or Admit Card; 10 Reasons Why Your Application Could Be Rejected