NDA registration 2019 from today at upsconline.nic.in

Young male candidates can now apply for UPSC NDA 2 2019. The registration is open until September 03, 2019. 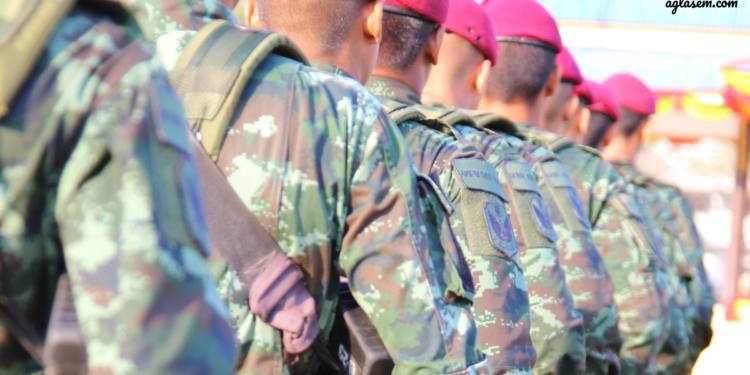 Union Public Service Commission (UPSC) has released recruitment notification and application form for for National Defense Academy (NDA) and Naval Academy (NA) II 2019. The candidates who wish to appear for UPSC NDA 2019 exam, can register from the official website, upsconline.nic.in The last date to fill the application form is September 03, 2019 and the application fee is Rs. 100. There are total 415 vacancies. Out of it, 392 seats are for NDA and 45 for NA. Under NDA, 208 seats are for Army, 42 for Navy, and 102 for Air.

Only unmarried male candidates, who were born after July 2, 2000, and not later than July 1, 2003, can apply for the exam. A candidate looking to get hired in the Army wing of NDA should be a 12th class passed out from any state board or a university. On the other hand, the aspirants of Air Force or Naval Academy have to pass 10 + 2 with Physics and Mathematics as a core subject. The candidates who are appearing in class 12 can also appear in the UPSC NDA exam.

A candidate must have their photograph and signature duly scanned in a file size of between 300 kb each in a jpg format. The photo identity card document should be in a PDF format which should not exceed 300 kb. The fee for the Rs 100 but SC, ST, Sons of JCOs / NCOs / ORs are exempted from fee payment. The amount can be paid in cash, to any branch of SBI, or via net banking of SBI, debit card, credit card, visa, master card, rupay.

The admission to the candidates for the above posts will be on the basis of the results of written examination conducted by the Commission, followed by a intelligence and personality test by the Services Selection Board. The written exam consists of two subjects – Mathematics and General ability test, each for 2 and a half hours out of a total marks of 900. The questions will be in the form of objective type and is in the mode of both English and Hindi.

The admit card will for the same will be available for download three weeks prior to the commencement of the exam on the official website of UPSC – upsconline.nic.in. The candidates who qualify the exams, will be required to submit their original certificates along with one photocopy each of their matriculation pass certificate , birth certificate, 10 + 2 certificate or equivalent in support of educational qualification.

The selected candidates will have to undergo preliminary training (academic and physical) for a period of 3 years at National Defence Academy. All the passed out cadets will be awarded with degree by Jawaharlal Nehru University, Delhi.