Home » Entrance Exams » JEE Main 2022 to be held 4 Times from March Instead of Feb Due To Elections, Says Report – NTA Yet To Notify Details

JEE Main 2022 to be held 4 Times from March Instead of Feb Due To Elections, Says Report – NTA Yet To Notify Details 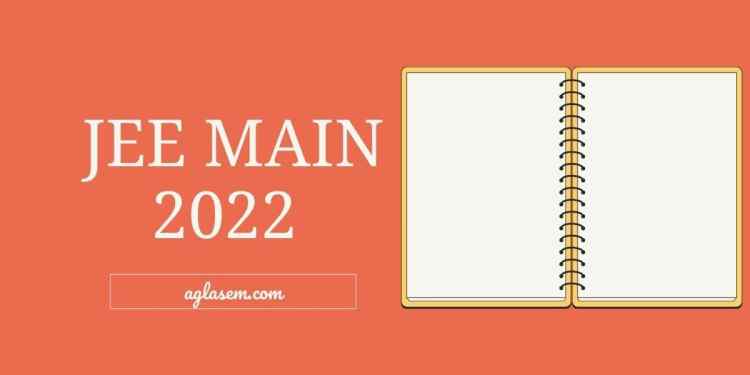 The rumors of deferring the JEE Main 2022 to March from February were fuelled when an internal officer from MOE said that owing to the upcoming assembly elections in various states, the board may decide to push the JEE Main exam of February session by a month. He further said that exams of other sessions, April, May, and June won’t be affected by this and they shall be held on time. The source did not share anything regarding the key dates of the examination, like registration dates, exam dates, etc.

However, these are mere conjectures till an official announcement is made by the board itself. Candidates are advised to keep a track of the official website of the National Testing Agency for all the latest updates about the JEE Main 2022 exam. As per our speculations, since the examination is rumored to begin in March hence the registration process can commence from January 2022 itself.

Other than JEE, speculations are rife that this year NEET 2022 is going to be pushed further from its usual date and time. The government is yet to take a decision on whether the examination can be conducted in the online mode in multiple sessions. Once the same is done, the brochure shall be released.

JEE Main is an annual Engineering eligibility test conducted in 4 sessions throughout the year across the country. Changes were introduced in the exam process owing to the prevailing pandemic. Candidates who successfully clear the examination are subjected to get admission to IIT or the country’s best engineering college.