Today i.e. February 19, 2019, Indian Navy has issued the admit card of three big exams, Artificer Apprentice (AA), Matric Recruit (MR), and Senior Secondary Recruit (SSR) at joinindiannavy.gov.in after so much delay. The candidates who have enrolled their names for the exam can download the admit card by entering their email address and password. The MR examination will be conducted from February 23 to 25, and the examination for SSR and AA will be conducted from February 26 to 28, 2019. 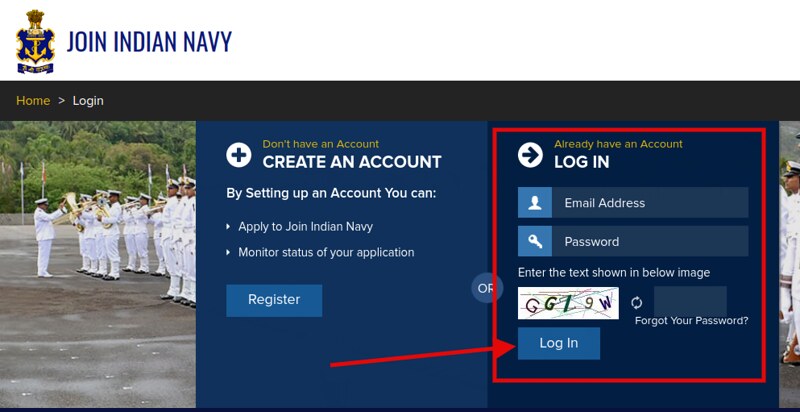 After fetching the call letter candidates should take the print out of it as it is compulsory for all to carry it on the day of the examination along with a Govt. issued photo bearing id card (Aadhaar card, pan card, voter id card, passport, driving license etc). The admit card contains the information of the candidates such as roll number, candidate’s name, father name, examination name, exam center name/address, center code, gender, exam timing, photograph, signature etc.

As the candidates who have applied for the AA and SSR have to crack the combined examination, hence the exam pattern is same for the exam. A total of 100 objective type questions related to English, Science, Mathematics and General Knowledge will be asked. The candidates have to solve the exam within 01 hours, and the language of question paper will be bilingual (Hindi & English). The standard of the examination will be of 10+2.

Whereas the examination scheme of Matric Recruit for Oct Batch is considerably different. The candidates have to attempt online MCQ type paper consisting of 50 questions of 50 marks. The candidates have to majorly focus on the Maths & Science, General Knowledge subjects, the questions will be asked basically from 10th standard. The entire paper has to be solved in only 30 minutes.

The candidates who will qualify the PFT those will be shortlisted for appearing in the final exam i.e. medical examination. The candidates who will qualify the final round including with document verification round those will finally be recruited for the applied post. After selection, candidates have to undergo the initial training. During the training period, candidates will be given a stipend of Rs. 14,600/- per month. On completion of initial training, the candidate will be placed in Level 3 of the Defence and will be given the pay matrix of Rs 21,700 – Rs 69,100. to

No New Medical Seat in MP for Past 4 Years; Capacity for 450 Seats Sanction by Union Minstry