The Science Olympiad Foundation (SOF) has released the IEO Result 2018-19. The result was announced yesterday i.e. on November 27, 2018. Candidates can check the result online on the official website results.sofworld.org.

In order to search for the result, the aspirants can first select the exam name and then they can submit the roll number in the specified format. The exams were conducted on October 04, 11, and 23, 2018. International English Olympiad result 2018 will also be sent to schools along with participation certificate, detailed student performance report (SPR) and the medals for winners. 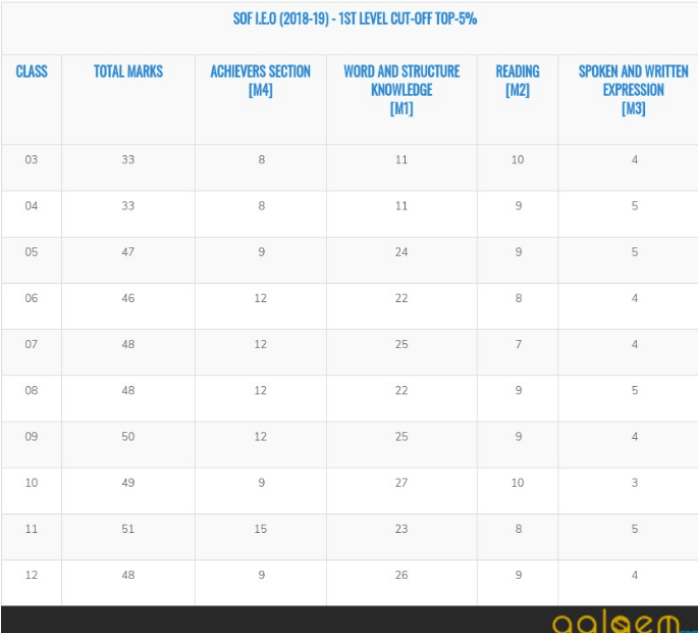 As the result is declared, class 1 and class 2 students will be ranked on the basis of their performance in the exam. The students of class 3 to class 12 will be able to appear for the level 2 IEO exam 2018. It will be held in the second or third Sunday of February 2019. Its result will be announced in the month of March 2019.

Those who will qualify the level 2 will be given Student Performance Report (SPR) to analyze the weak and strong weak areas of the candidates, a detailed performance comparison of the students (at School, City, Zonal and International level), the analysis of past 8 years result, cash rewards, medals, certificates, gifts, select toppers for the international level exams, awards will be sent to the respective schools.

SOF is an Educational Organization conducts the academic competition exams, and assisting the development of the competitive spirit of the students. It was established by the leading academician, scientists, and other scientists.