The Vice-Chancellor of HPNLU has confirmed joining CLAT as a participating institute saying that HPNLU is pleased to join CLAT Consortium. HPNLU will now be given admission to BA LLB and BBA LLB on the basis of CLAT exam. Thus, candidates who had decided to take admission in HPNLU can register themselves for the CLAT exam. Registrations will begin from the first week of January 2019. 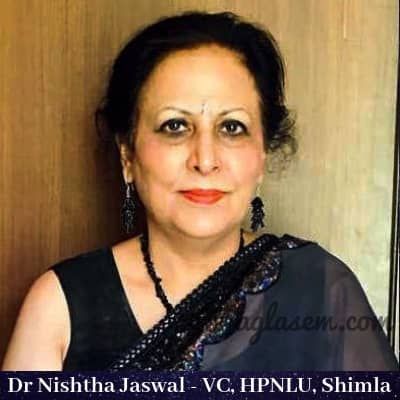 Dr. Nishtha Jaswal has recently been appointed as the new Vice Chancellor of HPNLU, Shimla by Chief Justice of Himachal Pradesh High Court. A Gold Medalist, British Academy Award Winner and an academician with 34 years of experience, is the 3rd women chancellor to serve at a National Law University.
Image Source: Bar and Bench

CLAT 2019 Convenor Dr. Srikrishna Deva Rao also expressed their happiness with HPNLU’s decision and welcomed HPNLU as the newest member to CLAT. The Consortium is happy that just like Dharmashastra National Law University (DNLU), HPNLU has also joined. The addition of DNLU and HPNLU has raised the Number of CLAT Participating institutes to 21.

The CLAT 2019 exam is going to be conducted in the pen and paper mode on May 12, 2019. Students willing to take admission in HPNLU or any other participating institute can register themselves by filling the application form, to be available from the first week of January 2019.

To get all the updates related to CLAT 2019 and other law exams, subscribe to news.aglasem.com