All those students who were waiting eagerly for their result of the compartment exam, the wait is over as the Board of School of Education, Haryana has announced the result for the supplementary examination. The Board has announced the result for secondary and senior secondary supplementary examination. The result is available on the official website of the Board. The board conducted the compartment exam for those students who could not clear a subject or two on July 27.

Students can check their supplementary result for class 10th and class 12th by logging on to the official website of the Board at bseh.org.in. Next, click on the link which says ‘Haryana Board results 2017’ displayed under the “What’s New” section. Enter your Roll Number or Name to check the result. As soon as you will submit the details, the result will appear on your screen.

The overall pass percentage of class 10 or secondary stands at around 38.64 per cent. A total of about 17622 students appeared in the exam out of which only 6810 have passed, while 9598 students got compartment and 1146 failed. The pass percentage registered for girls is 38.68 while boys too did not lag behind by scoring a per cent of 38.62.

As per an official release, the Board has stated that keeping the interests of students in mind, for the first time, the results were declared within a month post the compartment/improvement examination. 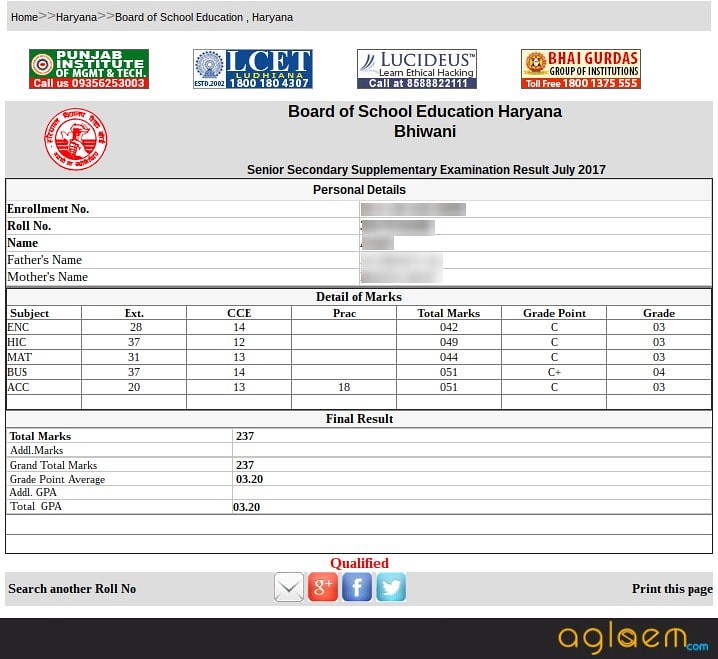 IBPS PO/MT 2017 Application form out; Apply from Today at ibps.in