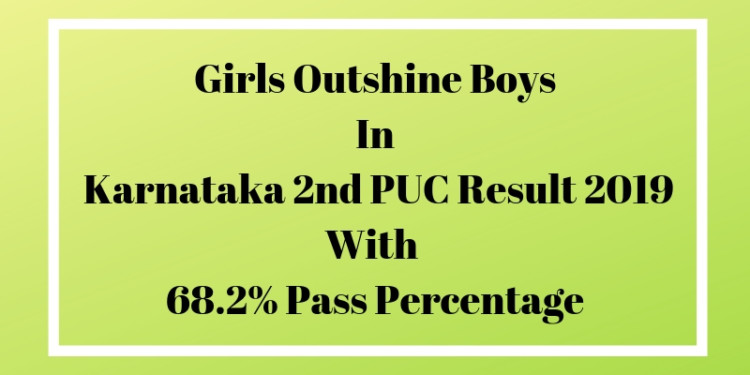 The girls from Karnataka state has outperformed boys with 68.24%. While the boys have scored 55.29 %. As per the statistical data of 2nd PUC Results 2019 students from rural areas has scored 62.88% which is more than the passing percentage of the urban areas students i.e 61.73%.

The top three districts are Udipi district scored 92.20% secured the first position. Dakshina Kannada with 90.91% secured the second position and Chitradurga district with 55.29% is at the third position.

Last year Karnataka Board has released the result on April 30. But this the board has released the 2nd PUC Result a much earlier keeping in mind the CTET 2019 which is scheduled on April 29, 30  and May 01. So, all those students who have got their result status as pass can now appear for the upcoming CTET exam 2019.

To pass in Karnataka 2nd PUC 2019 examinations minimum 35 percentage of marks required to score in each subject. As per the reports, around 2447 students have scored 100 out 100 marks in Mathematics. Total 80 colleges have scored 100 percentile and 98 colleges scored  zero percentile.

Last year by May 07 Karnataka Board has released the SSLC result. This year it is expecting that by the first wee k of May the board will come up with the SSLC result 2019.