Along with the result, the conducting body has also announced the topper of the examination. The 1st position has been grabbed by two aspirants, Tanya Kathuria and Mustafa Mufaddalbhai. Following them, is Avneet Khatter who secured rank 2 in the exam. Rank 3 has also been secured by two aspirant and are also one male and one female, Sumit Kumar and Meesha Ashish Kothari.

Among top 20 candidates, there are 10 male and 10 female candidates. Such equality among the male and female qualifiers is an affirmative advancement in all senses. The all Indian provisional merit list has also been released by the conducting body. In it, top 25 rank holders are mentioned. In all, 399 candidates have secured upto 25 rank and the number of candidates securing 25th rank is 40.

Only those candidates have been termed qualified, who secured more than 40% marks in Paper 1, 2, 3, and 4 and overall secured a minimum aggregate of 50% marks. The qualifiers must download the e-marks sheet as it will be required in later stages.

In the Executive course, the candidates will have options to opt for Group I, II or both. Group I will be Business Environment and Entrepreneurship and Business Management, Ethics and Communication. Whereas, the Group II will be for Business Economics and Fundamentals of Accounting and Auditing.

The candidates will have to appear for the examination as per the Group opted in the application form. The result of December exam will be announced on February 25, 2018. It will also be announced online, on the official website of ICSI.

Congratulations to all the qualifiers of CS Foundation June Examination 2017. Those who did not make it this time must not be disappointed. Prepare for the exam next year and give your best shot then. Let us know how the result was, leave a comment below. 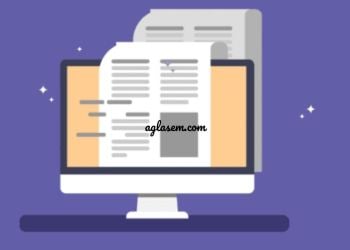 OUAT 2022 Application Form Out – What is the OUAT exam? Who should apply?