CBSE to Introduce New Subject to Syllabus from 2018 Prime education bodies in India are taking numerous steps to upgrade the education standards. One such amendment has been planned by Central Board of Secondary Education (CBSE). According to the current media reports, the Board has decided to add one more subject to the syllabus and has also sent an application to NCERT for preparing the introduction for the new addition.

The subjected to be added will be completely dedicated to Legendary Param Vir Chakra winners. The students of CBSE affiliated schools will now learn the history and stories of those normal people whose display of bravery and self-sacrifice is beyond great.

Param Vir Chakra or PVC award is the second most prestigious award after Bharat Ratna. The Chakra is awarded to male and female officers from Army, Navy, Air Force, TAM, Reserve Forces, or any other lawfully constituted Armed Forces who went above and beyond to save the lives in the presence of the enemy. The Matrons, nurses, sisters, or etc under the supervision of the Forces are also eligible.

So far, 21 medals have been awarded. Out of these, 14 were posthumous awards. 20 medals awardees are from Indian Army, whereas, 1 is from Indian Air Force. The candidates can check the complete list of 21 Legends, who received Param Vir Chakra from below. 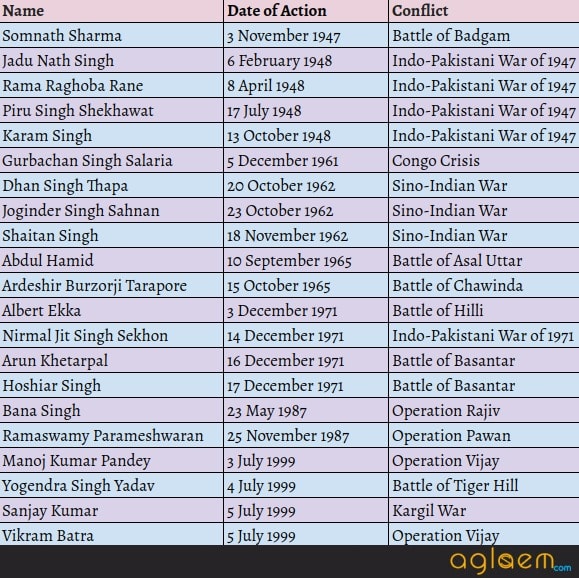 Recently, the Government gave a green signal to the ordinance for building the wall with names and pictures of the PVC winners in colleges and institutes. The idea behind is to make youth familiar with Param Vir Chakra winners stories. Following the passing of the ordinance, CBSE took the decision to add this as a new subject in the syllabus.

While some consider this as an extra burden, the audience for the motion welcomes the new addition and are glad to be learning about our heroes. What do you think about the addition of a new subject? Do you think CBSE is doing right by adding dedicating an entire subject tp PVC winners or do you think the Board could have added it as a chapter on History book?. Let us know your thoughts on the matter, in the comment section below.

WBJEE 2018 Exam Details Out: Apply from 19 Dec, No Change In Exam Pattern