In order to check the class 10th result, visit cbseresults.nic.in. Click on link “Compartment Result 2017 for Class X – Announced on 17th August 2017”. Students are required to login with Roll Number, Date of Birth, School Number. The result will then be displayed on your computer screen. 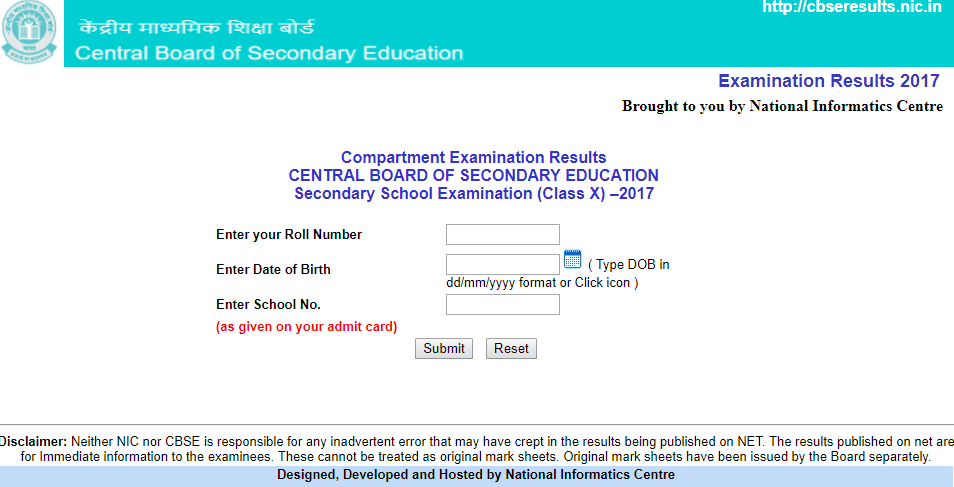 CBSE held the exams for class 10th in March 2017. The results were announced on June 02, 2017. Usually, it is a requirement that the candidate passes all the subjects with minimum marks which are 33% in all the subjects. But, if a student fails to get the minimum marks in two or more subjects, he/ she has to appear for compartment exam. The Board allows such candidates a chance to pass in the subjects which they were unable to clear in the first attempt.

CBSE released a circular on 10th June 2017 inviting the students who could not qualify 10th class to apply for appearing for compartment exam. The applications were asked to be made in online mode in the prescribed performa and by paying the requisite amount through challan.

According to press, a total of 8,86,506 candidates registered for class 10th board exam. About 7,81,463 students appeared in CBSE’s school-based exam whereas 8,86,506 students took the board-based exam.