BTELinx Result has been announced. After much delay, the web servers are working. Until now, students were worried not because it is their result, but because they were not able to check it yet.

Karnataka Board of Technical Examinations (BTE) published the result of November / December 2017 examinations today at official website btenet.in. Previously they had published a notice saying that result is out. Immediately after that the sites were not responding. There seemed to be technical issues rendering students unable to check results.

The official website for the result is www.btestore.net. All candidates can check result now. 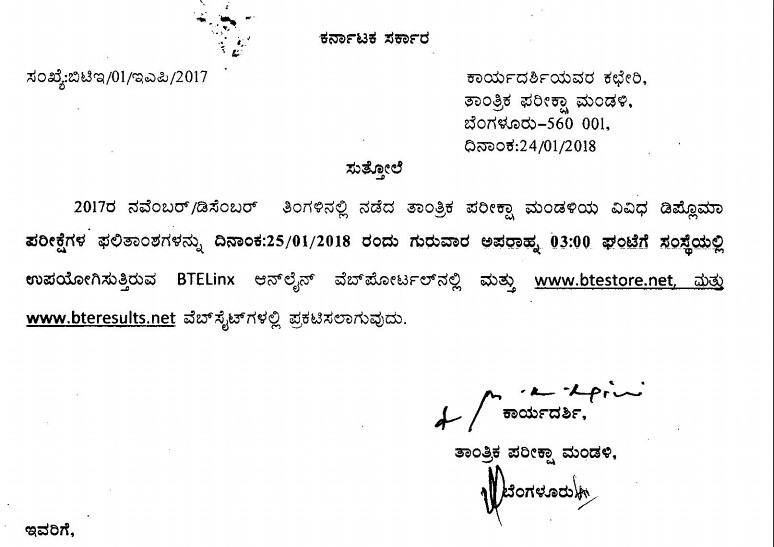 Apart from btenet.in, bteresults.net and btestore.net were other links for result, one of which is working now. They are official websites of the exams. Through a notification released on January 25, these are the official websites for. The intention of BTE / DTE Karnataka is kind; to make it easy for students to check results. Since then, a large number of students have visited BTELinx portal.

Until evening students reported that all sites were not showing any result. It was probably the large number of site visitors that are creating technical issues for the site.

The message being displayed on one official website says 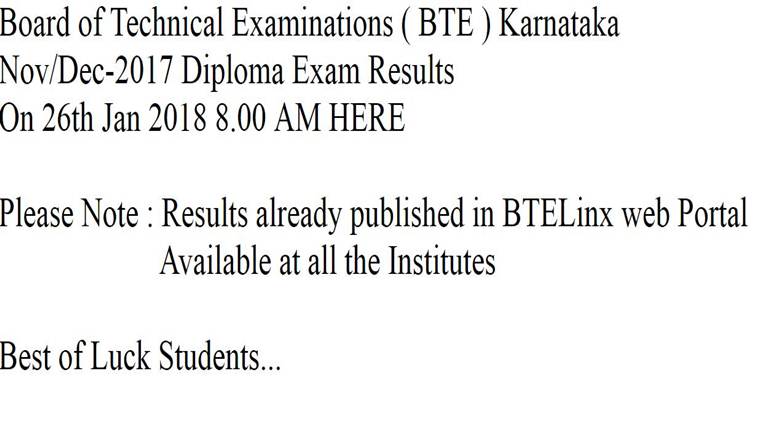 Polytechnic candidates who have appeared for first, third, and fifth semester exams in months of November and December can check results on BTELinx portal only. They may contact officials regarding any queries on result, application for April/May 2018 notification.

Regarding re-checking/re-valuation, the following has been informed. 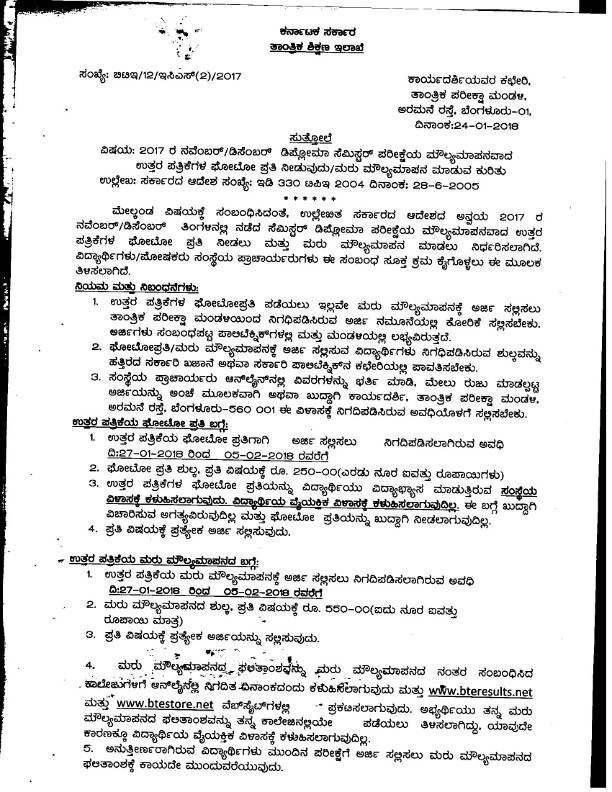 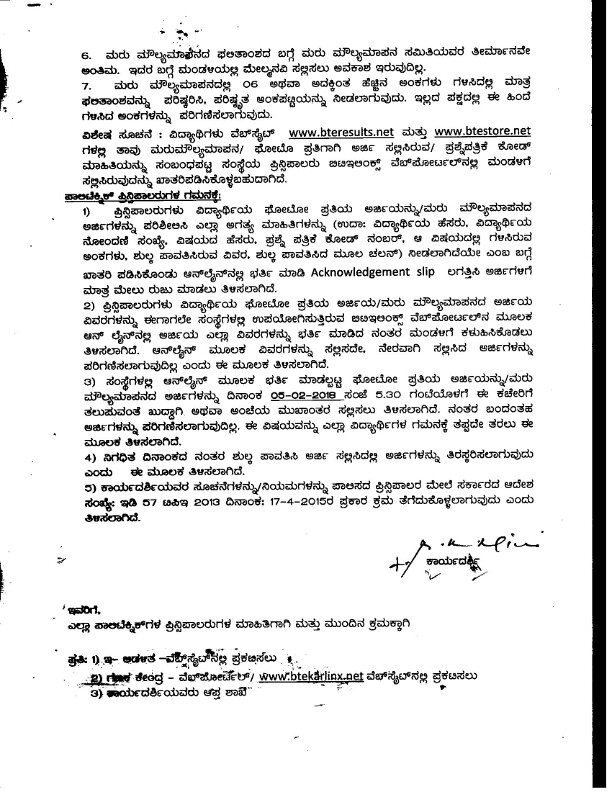 Candidates need to apply from January 27. They can apply until February 5. The cost / fee to apply for revaluation is Rs 250.

In order to check Karnataka diploma results 2017, students need to visit BTELinx home. There they were met with a dead-end. Time for result announcement was 8 AM, however result actually became accessible much later. Many have been continuously searching for BTEKARLinx online. Some have also enquired whether they can see their result at dte.kar.nic.in for Diploma results 2017.

All candidates are informed that result is available only at the official websites. Best of luck!